My Way of the Cross

I am a 43-year-old man from Cameroon (coastal Central Africa) who fled my native country fearing for my life after helping to see the truth of the disappearance of 9 young Cameroonians (the Bepanda Nine ), killed by paramilitary governmental forces. I am married and father of 2 boys, have worked as assistant bailiff in a bailiff office. I was granted asylum in the U.S. in January 2003. I was working, peacefully awaiting my family to join me. But 9 months later, without having committed any crime, I was called again to the immigration court. The judge who had granted me asylum now revoked it because he did not believe my story any more. Despite an appeal pending, I was arrested in the courtroom and immediately sent to jail.

After ten days in Hartford County Jail, I was transferred to Osborn Correctional Facility, where I passed 7 months locked up 22 hours a day and sharing a cell with drug dealers and criminals, some sentenced to 25 years for murder. I was assaulted by one of them and spent three days in the psychiatric hospital. I was then transferred to Franklin County Jail in Greenfield MA. After one year, on March 31, 2005, I was transferred, along with 29 other immigrant detainees, to Plymouth County Correctional Facility. Upon arrival I was forced to spend a night, naked and without blanket, on the floor of a cold (AC) room. (It seemed I was being punished for responding to a booking officer that I did not know my size; actually I do not know the conversion of my size, height, weight, etc. from French into American.) The next day I was sent to the hole for refusing to cooperate . Although I was not found guilty after my hearing in front of the captain, I spent three weeks in the hole, locked up 23 hours a day. Fortunately, since mid-April, some of my supporters have been able to visit me from far away, one of them faithfully twice a week over this long time.

I was transferred several times, and then spent 5 months in one unit of general population. I never received my possessions (Bible, books, papers, documents, etc.) from Franklin (allegedly shipped to storage in Boston), but eventually was given a Bible and was able to attend Mass on Saturdays, I also initiated mid-day prayer gatherings with other detainees, each in his own language.

On September 24, 2005, for a second time, a criminal inmate (awaiting trial) came into my cell, punched me in the stomach, and threatened me, because I had asked him to give me back what he had borrowed from me two days earlier. I was saved because my cellmate called for a guard. Both my cellmate and I were moved to the hole for our security because other inmates might retaliate for our snitching. After three days in the hole, my cellmate was sent to another unit, while I received from a lieutenant a disciplinary report accusing me of threatening and fighting with another inmate. My cellmate who'd witnessed the entire scene, was gone . I went to the disciplinary hearing and was found not guilty. After three days I was released from the hole and sent to another unit, where I met again my former cellmate. As he is Haitian and speaks French, I was explaining to him in French what had happened to me after he left the hole. Another criminal inmate (also awaiting trial) told us he doesn't want us to speak any French because we are in America and must speak English. What will be the next step with my life being threatened by criminals?

I have already spent 25 months of my life in jail without having committed a crime. I am not a threat to national security nor a danger to any community. Rather I have done my best to help communities during my (previous) two years living and working in the United States.

I was a member of Saint Anne/Immaculate Conception Church in Hartford, where I was a leader, reader and singer in the French Mass. Beside my weekly contribution for church activities, I was contributing $50 a year for the Archbishop Annual Appeal of Hartford and $50 a year to the Fund for Retired Priests. I contributed $100 annually to Florida Foods Service Inc. to help nourish poor children in Central and South America.

I held a lecture in the French Department of Wesleyan University in Middletown CT to help students willing to do research about Africa. I helped one of them to achieve his thesis for graduation, which was very appreciated by his professors.

While in prison, I watched on TV the suffering of the victims of the tsunami and of Hurricane Katrina. I sent donations of $100 to UNICEF-USA (for tsunami victims) and $100 to the American Red Cross (for Katrina relief).

Shall my loving kindness be repaid with hatred?

I am responsible to my family; I miss them and haven t spoken to them for over two years. My father passed away while I was in prison. I understand that by US law, since I am not accused of any crime on American soil, and I entered legally and filed for asylum appropriately, the government is supposed to give me a reasonable amount of time to leave the country ( voluntary departure ). I have filed three motions for that -- so that I might be able to pack my belongings and go elsewhere, since my life would be in danger if I go back to my country -- but I never got an answer.

I want to take this opportunity to express my thanks and my gratitude to my church community and supporters in Hartford; parents, students and staff of the French Department, Wesleyan University, Middletown CT; churches and all my supporters of western Massachusetts, especially in the Greenfield area; all others in New York, California, Minnesota, Chicago IL, Maryland, Florida, etc. Your letters of comfort and encouragement, your signatures on my behalf, your financial support, your birthday cards, books you have sent to me, and especially your daily prayers have been an unprecedented thing during this crucial time in my life. I have felt and lived the hospitality, the heartfelt love of many American people. You are holding the spirit of the Founding Fathers of your nation. It is God's grace that I have known such wonderful people like you. You have filled up the emptiness of my family in America. Indeed we are today members of one family, the human family, God s family. I am not worthy to reward you, but God will do it.

May God bless all of you.
Love and Peace in Christ. 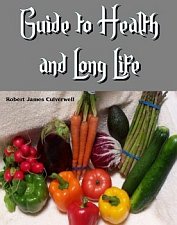