The subject I want to talk about is how individuals can respond effectively to world events. I want to stress that I do not have the answer. I only have a direction of thought that I think will lead to it.

In order to propose a solution I need to briefly set the stage and discuss the plot of events that have resulted in our current situation. I will not go into details as many sites on the internet already do that effectively. If the reader has explored the internet with an open mind they will likely have come to conclusions similar to mine.

I think many will agree that there is something fundamentally wrong with the way human society functions on this planet.

To present times information about what was really happening in the world on a daily basis was impossible to attain for individuals without resorting to communication (media) controlled by the rulers of society. Mass communication between individuals was so difficult that the average citizen in society lived in a fantasy world that was completely controlled by their rulers. The rulers of society use[d] their control of information to manipulate the masses.

The internet changed that situation for those that realized it’s potential. We now have access to a cost-effective tool for mass communication and can share information without the filter applied by our rulers.

There have always been those moral people who see the wrong done by their rulers and try to warn others about the abuses of power. They have been hampered by access to mass media as it is controlled by those they were trying to expose. They had no way to widely distribute their information. Once the internet came along this changed and they could now go to work informing many more people about what was really happening. Thanks to the hard work and sacrifice of too many people to mention individually we have now built a world view that is much closer to reality. The World

The fantasy accepted by the masses is that most of the world is regulated through individual Democratic Countries who’s citizens elect leaders to set and oversee rules that benefit everyone in their Country. To the average citizen their government is there to protect them from an ever increasing abundance of bad individuals and bad governments that intend harm.

The real world is controlled by an Elite that has power over all major Countries. They control the political infrastructure of these countries and can dictate what happens without regard for what the citizens vote for.

They are not bound by the rules of any Country. They feel no moral obligation to anyone. They use people and countries as actors to create conflict to keep the masses frightened into accepting rulers for protection. In almost all cases the abundance of bad individuals and bad governments can be directly attributed to this elite that use them to keep the masses afraid They have controlled ALL sides of most major world events. These events include all the major wars.

The Elite control virtually all the material wealth of this planet and use it ruthlessly to maintain their position. The Elite is comprised of those who control the financial infrastructure of the world. I am convinced the Rothschild family is at the apex of the Elite. I may be wrong but it matters little, if it isn’t the Rothschilds it is only someone else. Understanding the structure is what is important.

The Elite that control the world today are direct descendants of an Elite that can be traced back throughout recorded history. The world situation today is not new, it has been the status quo throughout recorded history. The only current change is that the Elite are now close to having the power to become the outright slave-masters of the world. Those at the top have consolidated regional power into world-wide power.

This new reality is commonly called “The New World Order” or “NWO”.

How they did it

It is all about POWER.

Power makes the world go around.

ALL power stems from Individuals.

There is hierarchical structure in society because individuals have different levels of power. The person with the most personal power sits at the top of the heap.

The Elite attained their position in two ways.

They increased their own personal power.

They decreased the personal power of everyone else.

All their wealth and control is the direct result of using personal power to materialize what they desired.

The process of achieving personal power is natural and normal. In a healthy society everyone goes through this process.

We are all familiar with the saying, “Power corrupts, absolute power corrupts absolutely.”

This is what happened to the Elite. They were not mature enough to use their achieved personal power wisely and let it distort their actions. Instead of accepting their place in a moral society of individuals, they placed themselves above everyone else. Instead of using their power to help enable everyone in society they used their power to increase their dominance.

The world is in the mess it is in today because society is geared to providing for the needs of the Elite not for the needs of everyone. The answer is to put everyone on an equal footing and assure society works for the benefit of all.

A subtle point to remember that is critical…. even though the Elite have much more personal power than the average person they are not at the peak of personal power. They are flawed individuals that have become corrupted during the process of growth.

The solution is NOT to emulate the Elite, this will only lead to more corrupt individuals.

The solution is to enable ALL individuals to achieve personal power without the flaw of corruption that captured the Elite.

An individual is comprised of 5 aspects.

1) A physical body…. the primary interface with physical reality that carries out the instructions of the other aspects and manifests material things.

2) A conscious mind… the controlling aspect of self that co-ordinates the activities of all aspects. The ego resides here.

3) A subconscious mind… provides communication with aspects of reality outside of the physical. Provides spiritual (moral) insight into existence.

5) A Soul… the connection to the universal power source that everything is created from.

Power is created in a healthy individual by their ability to utilize all five aspects of self.

A healthy Soul allows them access to the universal power source to manifest the physical things they desire.

A healthy Spirit allows them to learn and grow from past experiences of their ancestors and themselves.

A healthy Conscious mind allows them to control their actions.

To act wisely (have true power) requires integrating elements from all five aspects of self into one cohesive whole.

There are many things that can stop the integration of the five aspects of an individual and they all reduce the individual’s power. Each combination of malfunctions has it’s owns symptoms.

The Elite attained their position by tightly integrating some aspects of self.

Let’s look at what makes them tick.

They are able to manifest much in this physical reality because they can use their Soul to access the power needed to manifest things.

They utilize the power attained by their ancestors to a great extent so are aware of their Spirit. They are flawed here but the explanation is too lengthy to include. It will be discussed in future writings.

They act effectively so have a good connection to their Conscious mind.

They have manifested much material wealth so obviously have good control of their Physical selves.

Their fatal flaw is that they have no thought but for self gratification, what happens to others is of no consequences to them if it improves the lot of self. This means they have little connection to their Subconscious self as they would then see the destructive consequences of their actions. I believe that if they realized what they are doing was destructive to themselves many would act differently.

The Elite maintain their control over everyone else through introducing flaws into the five aspect’s of individuals outside their group.

I will only present some general realizations here.

If a person can control the conscious mind of someone else they can control all their actions without resorting to force.

If a person can control the physical aspect of another person they can control all their actions through force. (prisons, labor camps, etc)

If a person can interject their morality between the conscious self and the subconscious self of another person they can control the actions that are acceptable to that person.

If a person can disconnect another from their spirit they can disable the retention of knowledge by the individual (family) through ancestors past or future. (Keep’m dumb)

If a person can disconnect another from their soul it will make them powerless to act even if they know they need to act. They will not be able to access the power to manifest.

The Elite use all these methods to get what they want from society.

There are 2 ways to resolve the situation.

Educate the Elite so they get past their corruption and comprehend the benefits of being part of a healthy society. They would then act as moral individuals.

Educate individuals of the masses so they realize and utilize their power and become effective participants in society. Once the majority is enabled then true democracy can begin. There are simple ways to negate the power of the Elite if the majority can be counted on to act morally.

TO COME in part 2

A detailed look at how and why the Elite manipulate each of the five aspects of individuals. 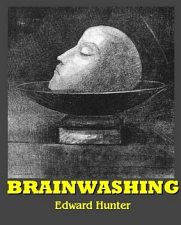