I have just read the book The Biggest Secret. I picked it up at the bookstore, flipping through the pages, and I thought "this guy is crazy!!!". But out of curiosity, I continued reading, as I always am curious and know that many things we know as "facts" (our history of man, about AIDS etc) are actually misconception. Actually the opposite of these so called 'facts' have a series of evidences to stand on their own feet!

Here are some comments about some of the things in your book and www.

1) AIDS: I recently read a book by a Doctor Robert Young, in his book "Sick And Tired", he writes extensively about the misconception of AIDS by the mainstream doctors and researchers. Dr Young concludes from the evidences he finds that AIDS is not caused by HIV, it is actually the drugs that the researchers are using on these patients that create the Immune Deficiency Disorder.

Young is a microbiologist and looks at real blood cells, and he says from his perspective, it is not that the "immune system is attacking itself" as what the mainstream researchers claim, but it is a case of the Immune System (which works as 'the Garbage Truck' that tows away the 'bad guys') breaking down because the blood system has reached a point where it is TOO TOXIC (from the prior lifestyle, diet, and now PLUS the drugs administered) and thereby making the Garbage Truck (healthy immune cells) break down (because of excess load of toxicity)- thereby creating more toxic stuff (broken down immune cells + toxic) and this cycle keeps on going worse because more cells are breaking down than the healthy immune cells can handle.

Dr Young is a world expert in studying disease from the condition of live blood under the microscope, and he says from looking at the blood for so many years, the Immune system is more like a garbage truck (not like an 'army' where mainstream doctor theorises) towing away the bad stuff, and if its overloaded, it will break down as well. Then it becomes like more new garbage trucks trying to tow away the old broken garbage truck plus the rubbish, and it keeps accummulating.

So the the mainstream doctors (who rarely looks at live blood studies), it seems like the Immune System is "attacking the body" and they can't explain why, and come up with fancy theories to defend their belief about the body attacking itself. We live in a world which is conditioned to think that there is this 'fatal disease' that is trying to prevent people from having or enjoying sex, a world where the authorities call themself 'expert', and yet with 55 billions of dollars poured into AIDS research for so many years, not a single person has been helped. I just heard Anthony Robbins when he interviewed Dr Young, saying that in an international conference where all the top experts on AIDS met, they came to the conclusion that HIV cannot cause AIDS, and there must be something wrong with their assumption and research, since not a single person has been helped. Also Dr Young has been able to cure diabetes for a lot of his patients, who follow his diet of alkalizing and cleansing.

And another famous author Dr Deepak Chopra, he says that while practising as a western doctor, he felt like a 'legal drug pusher', with drug companies doing most of their research (to who's benefit and profit??), and then telling the doctor that if condition X, take drug Z. That is one of the reason I stick to drugless remedies like Chinese medicine, acupuncture, kinesiology that deal with our energy system and not stuffing the body with artificial drugs. I was 2 years ago cured by chinese medicine and acupuncture from an asthma like symptom, which the western doctor say they have no clue what it was.

I know what you wrote is not impossible, because I remember about 5 years ago when I was researching psychic phenomena, I came across a book about Russian experiments with ESP. In one of the case, there was a famous Russian psychic which incredible psychic abilities, and was repeatedly consulted by the Royal family of Russia inthe early days. And in one of the experiment, the Tsar made a bet with him saying, if the psychic can meet him at one of his royal office (which was extremely big and heavily guarded) without being stopped, then the psychic wins (I can't remember if there was a prize money or not).

The Tsar knew the psychic could not perform such a task, since he gave orders that nobody can enter into his Royal Palace without authorization. On the day when the psychic was suppose to do the trick, he opened the door to the Tsar's office and the Tsar was scocked! "How did you do it? How can you pass my guards?" The Tsar asked the psychic, to which he replied "I just gave a strong mental command while I was walking in that "I am General "X" (one of the General's name)", and nobody stopped me." His mind was so strong that he could think that he was General X, and all the guards would see the form of the General and let him in. I think you should research on Russian ESP experiment and find out the detail of this experiment. 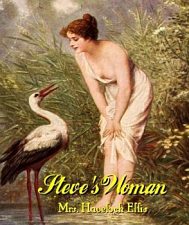