I have just begun reading your books

I have just begun reading your books and from feeling as if I am the only one who can see behind the headlines, and the whole world is IQ deficient, I found you. Since before the Iraq war began I have been emailing any News Service I could calling the reason for the war, Weapons of Mass DECEPTION.

The war is and always was about greed, money and of course, OIL. (JUST A THOUGHT, BUT HAVE YOU EVER HEARD OF ANYONE COMITTING SUICIDE BY BREATHING IN SECOND-HAND CIGARETTE SMOKE? MY SISTER-IN-LAW USED VERY EFFECTIVE SECOND-HAND EXHAUST FUMES FROM HER CAR. A 'SMOKESCREEN' PERHAPS??????)

They call a bombing Raid 'Shock and Awe', seems to me that is the name for a fireworks display!! How about 'Death and Destruction'?

Now to top it all they are crying over the deaths of American and Coalition forces, who should be the hell out of Iraq and in their own countries and those that are responsible for the atrocious and 'illegal' (as if a war could be legal - but still) war should be brought before a War Crimes Tribunal.

David Kelley is dead! I do not believe he killed himself, as I have emailed every news station I have email addresses for. He was murdered because he told the truth - a dangerous thing in this totally corrupt world.

I live in South Africa now, after leaving Rhodesia when the so-called evil regime of Ian Smith was toppled by terrorists (oops I mean freedom fighters) and replaced by the wonderful caring regime of Mugabe and cronies, former terrorists (oops I mean freedom fighters). Naturally what you see on the News here, in the new, improved, South Africa is also a load of rubbish.

Unfortunately I believe that most of the voting public are either genetic idiots or complacent fools who fall for the lies and hype of the politicians.

Seems the bigger the lie, the bigger the landfall victory. Promises die and another liar waits in the wings to fool those who like to be fooled for one reason or the other! There can never be a fair government as long as it is voted in by the majority

(the brain dead idiots that make up the majority).

I have written poems right back to the 60s. I have talked and begged until I just want to die. How do you see the same way I do and yet have an optimistic overview?

Look how America is carrying on about the hand-held heatseeking missile found by customs, or what!what!

No-one said anything when Sam 7 missiles were used by Nkomo to shoot down two passenger planes in the old Rhodesia. The survivors of the Hunyani were gunned down at the site by friendly gooks holding AK 47s. Anyone would think that these missiles were a 'new' thing because they are being used to further terrorize the cry-baby Americans into submission.

DEAFENING SILENCE was the response of the world. Seems to be that things were going to someone's plan!

I am about to read your book Alice in Wonderland now. I wish you very well on your endeavours and hope one day that your very obvious 'truth' will reach all those who have an IQ. Maybe these few can make a difference.

I am just tired now, very tired and pretty hopeless. A little glimmer is there however, and it is you. 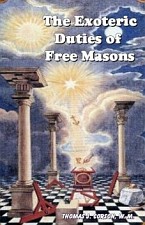