I envision two possible stories that future generations may tell about the transition from the Age of Empire to the Planetary Age. One is a sad story, a story of chaos, dissolution and destruction, of environmental and human exhaustion, followed by a long, labored rebirth of a new planetary culture. The other is an ecstatic story of a new planetary culture quickly coalescing in the first days of chaos, before dissolution and destruction exhausts the earth and the human spirit. Believing with hope and determination that we are not fated to suffer the sad story but that we will create an ecstatic story, it is such a story - looking back from our future - that I will tell.

THE AGE OF EMPIRE

The Age of Empire followed the Age of Tribes, hundreds of thousands of years during which humans lived in small, largely self-sufficient groups. However, in many areas of the world, population pressures, advances in agriculture, trade and communications, and the development of more powerful weaponry, destroyed tribal cultures. The more informal, consensual and even non-violent tribal political and social systems could not withstand growing tribal warfare over scarce territory, nor readily adapt to highly populated and diversified town and city culture. New political systems developed as the militarily strongest tribal leaders conquered surrounding territories and set up hierarchical, bureaucratic kingdoms regulated by the threat of military force. This system had changed little over the centuries, though those at the top of these hierarchies may have legitimatized their rule by referring to the will of God, majority rule, Marxist dialectics, states of emergency, or the fatherland.

Time and again some kingdom or nation heard the call of empire and proceeded to conquer peoples and territories near and far. As the twentieth-century neared its end, two great empires faced off, each determined to dominate the whole earth. Large portions of the wealth of these nations had gone to maintain the personal power of its elites, to run their propaganda machines, to buy off troublesome power or interest groups, to destroy any resistance movements, and to maintain and expand the military and the empire. The proudly displayed symbols of the empires were the maps and flags of kingdoms and nations and the metallic flash of their swords, guns and missiles.

Ironically, it was a venture whose purposes were as much military as scientific that produced one of the most powerful symbols of planetary consciousness - the photographs of the whole earth taken from space. In this and other ways, twentieth-century science played a major role in demolishing the old-world view that had legitimized nations and empires and in establishing the new, planetary world view.

"Old paradigm" mechanistic science described a material universe ruled by deterministic laws in which machine-like humans are ruled by dominant, "survivally fit" males or by unforgiving laws of dialectics. Where the old ideologies of God, King and Crown could no longer control the masses, the new ideologies of state capitalism, the "welfare" state, or the dictatorship of the proletariat could.

Those who explored the implications of the "new paradigm" physical and social science discovered a new model of the universe, and of human behavior and purposes, one that mirrored more the ideas of mystics and anarchists than of priests and politicians. Whether called the Holistic, Systems, Ecological or Self-Organizing view, the new paradigm emphasized that the universe is a dynamic but interconnected web of events, seemingly evolving, self-organizing, pulling itself up by the boot straps. Over the years a scientific and cultural consensus based upon this new world view began to emerge.

Metaphysically, the concept became accepted that reality was the manifestation and evolution of organizing principles akin to consciousness. Narrowly theistic ideas of a single, transcendent, all-powerful God continued to lose credibility. The purpose of this "universal" consciousness was increasingly recognized as being the development of beings who could both explore and enjoy a variety of talents and experiences in the material world. And humans seemed to be those beings, at least in this solar system.

Psychologically, it became clear that the human brain contained both the original reptilian and mammalian brains controlling automatic and reflexive survival functions and, heaped above these, its own unique "neo-cortex" with enormous intellectual and creative potentials. Humans did not have to be content to be ruled by their "lower brains," by their most basic needs for survival, procreation and status. In fact, humans who remained stuck on these lower need levels developed innumerable psychological pathologies, physical addictions, and obsessions with wealth, fame and power. This was because their innate drive for fulfilling and actualizing higher potentials was being stifled. There grew to belittle doubt that through education and meditation humans could develop their higher brain, rise to higher consciousness, and even experience cosmic consciousness, cosmic ecstasy.

Ethically, what humans saw they could choose, many of them decided they must choose. For the first time in history, millions came to consciously experience the ethical "space" which had been described by great teachers like Buddha, Lao Tzu, Jesus and Gandhi. They felt love and connectedness with all living things, and gave up the need to dominate, exploit or direct them. They lost the desire for obsessive material accumulation and began to appreciate the harm they were doing to the earth and its other living inhabitants. They developed a tolerance for individual diversity, an acceptance of the subjectivity of truth in all matters of fact and value.

So humbled, they finally began to understand Gandhi's message that all conflicts - personal and political, individual and group, local, regional and global - should be resolved through non-violent mediation instead of police and military violence. And they accepted the fact that in a world organized by non-violence, great nations and empires, created in and maintained by violence, would crumble, to be replaced by networks of non-violent communities. Secure in the knowledge that most humans were capable of such expanded consciousness and ethical action, they lost the fear of the great bugaboos "The Russians," "The Big Corporations," "Immigrants," and "Foreigners."

Visions, strategies, practical plans and projects of how to organize this loving, generous, ecological, tolerant and non-violent world flourished. With their new vision, increasing numbers of humans faced the uncertain future.

As the twentieth century drew to its end, conflict increased within and between nations and empires. Privileged classes fought popular movements for control of state power in order to force their economic, political and religious agendas upon the populace. Whichever class or party proved victorious, the arms race continued to accelerate. For most nations were held together by massive government military spending, jingoistic nationalism, war scares, and threatened or actual armed force against those who challenged central authority.

Some nations geared up to institute compulsory electronic money systems where every dollar could be traced and taxed. Others returned to printing press money to pay for warfare.

When unemployed and hungry protectors took to the streets, governments tried to rally them by blaming other governments. They instituted trade wars and waged real ones to expand the territories, resources and markets under their control. The U.S. invaded Nicaragua to insure control of Central America. The U.S.S.R. supplied massive aid to communist insurgents in Iran. India and Pakistan increased troop strength near their tense borders. Israel planned military expansion into "biblical" territory while Muslim fundamentalists readied to reclaim Palestine for Allah.

Meanwhile, through their televisions, radios, and daily newspapers, billions of humans witnessed this increasing economic, civil and international chaos. But many, the visionaries and the pragmatists, the organizers and the enterpriser, watched closely for some sign, some vision, some alternative, some movement that might save themselves, their community - and their planet - from impending doom.

Those philosophers, writers and organizers who had studied the work of biologists like Ilya Prigogine hoped that the tendency for increasing fluctuation and change in living systems to precipitate a leap to higher levels of order would apply as well to the currently chaotic planetary economic and political system. Many prefaced their pamphlets and introduced their speeches with the confidence that creative life forces would lead us out of chaos.

But instead of looking for leadership from the rulers of the nations, these modern revolutionaries reached out to the latent higher consciousness in every human. They challenged humans to make their first priority taking that leap from motivations and behaviors controlled by the lower brain to those flowing from higher brain consciousness. And they continually reminded them that a world ordered by lower brain power struggles and force could not much longer survive the weapons of mass destruction that imposed that order. In the new age that was coming, each individual must become fully responsible for her or his own actions and for gently influencing those of others. Inner individual peace would thereby be translated into planetary harmony.

The worldwide revolutionary movement that rapidly evolved during those heady days used modern technology to implement three tried and true strategies: education, constructive action, and nonviolent non-cooperation. Video and audio tapes, computer programs and linkups provided powerful tools to individuals and groups in their efforts to transcend fears and addictions, reach higher consciousness, and experience the cosmic ecstasy that had once been the province of the few. They used them as well to learn the theory and practice of the new ethics of love, tolerance and nonviolence towards the earth and all living beings. Less attached to, and most oppressed by, empire age cultures, many women led this very crucial first stage of the movement.

As these new alternatives proved their potential effectiveness, and as frightened governments tried to stifle and destroy them through onerous regulations and outright repression, the final strategy was implemented - total non-cooperation with nation states. Nonviolent protests of specific repressions grew to widespread tax revolts, shifts to the new alternate currency, and non-cooperation with oppressive or irrelevant national laws. The "nuclear free zone"movement grew to a "nation-state free" movement. Communities and regions, often simultaneously with sister communities nationally or worldwide, officially seceded from nation states.  (This was especially popular in cities and regions which knew they were first strike nuclear targets!) In order to minimize violent retribution from central governments, citizens quickly decommissioned all military bases and rendered useless all weapons. Instead, activists readied themselves to engage in the strategies and tactics of non-violent civilian based defense.

The nationalist loyalists - often 25% to 30% of a population - who remained within the territory were reassured that they could continue to obey all of the nation's laws and pay all its taxes, as long as they did not try to force their neighbors to do likewise!

THE PLANETARY AGE: THE AGE OF ECSTASY

Let's not give the impression that the transition was effortless; that mistakes were not made; that some of us did not slip into lower brain consciousness, tyranny and violence; that nation-state leaders did not resist our movement with brutality; that several million humans did not die during the great transition. But let's remind future generations that billions would have died and the planet have been despoiled for millenniums had we not acted when and as we did. In a world where "Think globally, act locally" is now a way of life, there are those who have forgotten that there ever were warring empires and nation states. In a world where individual ecstasy is as commonplace as monthly junkets to favorite vacation spots around the planet, there are those who have forgotten that misery, fear and narrow-minded nationalism were once the human condition. 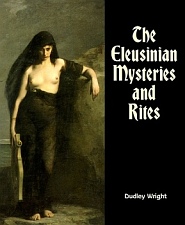