Spreading the word around!!

I wanted to give the readers of your website some views on the whole situation, as the plan evolves, from the Netherlands and maybe it would be a good idea to have a specific item on this so people from all over the world can read the opinions from different parts of the world and probably it will also start out to be an even more useful source of inspiration..

The fear Game is set and slowly the events that are planned to gain more souls who believe that we don't have a choice but to live in fear and let THEM handle the problem(s), so last Monday this thing happened here in Holland.

The whole country's traffic was a huge mess for most part of the day... how did this happen??

Well there was a so called bomb threat THEY said... where all major tunnels here in Holland would be a target... (well it's not surprising that just the previous evening (Sunday) before this happened; our prime minister, Mr.Kok, had his first (15 minutes) phone call with Mr. Bush, after the September 11th incidents.

So believe it or not -- but within the hour--- there it happened, military units... tanks heavily armed soldiers (setting up their camps) were located in the area of each major tunnel !!!

Just by seeing this happening it almost seemed like Marshall law was declared here in The Netherlands... but the funny thing was that even though people talked about it, the only thing that seemed to bother them was the hassle that due to this event they couldn't make it on time to get to their jobs!!

It's hilarious to see this happening.

I am taking each opportunity to talk about what happened, especially the last month, to people. Although the reactions are very diverse a lot of people are interested in me telling them my points of view. Makes them get a bit curious... I think this is the best way to spread the word around... don't try to force people your views... just let them find out themselves and they will actually be of great benefit in gathering useful information and spreading the word around!!

And if people are not yet convinced about who is actually controlling and planning these global events, try and swallow the fact that THEY managed to keep a lid on the news from the Toulouse disaster for almost the whole day, while the media was all over the September 11 th incidents within 30 minutes or less!!... but of course knowing that at the time of the explosion in Toulouse the dollar and the gold prices on the world market were rising... so no one was waiting for "news" like this ...which would have effected the stock markets in a negative way!!

Keep up the GREAT work!!! 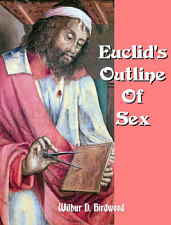