It comes as no surprise to me that war veterans like me are some of the biggest anti war proponents around. Like many of you, I volunteered as a gung-ho teenager. I can empathize with most of you. That feeling of pride in the uniform and that fantastic feeling of liberation and patriotism, of belonging as well as the awesome responsibility that comes being armed to the teeth and commanding a platoon.

I was an infantry platoon Sergeant for three years in the Bush (that’s foliage, not President) War in Angola and South West Africa in the mid ‘80’s. Like you I was led to believe that I was doing right. Also, that I was doing God’s work (although, even then I didn’t fall for that one – doesn’t the enemy have a God too?). And like you I almost believed the leaders of my country. But unlike you I have the advantage of hindsight. What was the war I fought in for? Ask any veteran that question – you’ll be surprised at the answers you get. The Government I fought for was ousted in the 90’s. Turns out they were ALL part of a secret society called the Broederbond – a society that has ties to all sorts of shadowy outfits and whose dirty dealings with the CIA in money laundering and arms dealing are well documented.

To cut a long story short, they were crooks, bent on suppressing the masses and holding on to their wealth whilst sending young men to their deaths to support their greed and corrupt empire. Any of this sound familiar? What have you got to look forward to? An unwelcome reception back home (you must be aware of the unpopularity of war back home). Scenes of mutilated human beings that your memory will record forever (believe me on this one). An ungrateful Government (Bush will not be in power forever). PTSD. God knows what physical side effects from depleted uranium, chemical agents, etc). You will not be a hero - believe me on this one too – no body above the age of 12 will want to hear your war stories.

I still kick myself 20 years later for being duped. I was one of the lucky ones to walk away relatively unscarred. I cannot say the same for my friends. Don’t let yourself be brainwashed by your megalomaniac masters. Speak to a war vet. See the big picture and ask yourselves what this war is really about. Please think before pulling that trigger. Dig deep.

May God bless and be with all of you, and may you return home safely and your conscience intact. 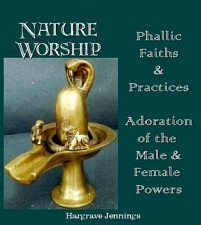