A testimony about how A.N.S.W.E.R. misrepresents the anti-war and freedom movements.

I am writing this because I want people who are part of the anti-war and freedom movements NOT to be suckered in and misled by the group of traitors known as A.N.S.W.E.R., or Act Now to Stop War and End Racism, for that group in it's actions only creates war and racism.

Since the bombing of Afghanistan I have attended, even helped plan and lead, anti-war demonstrations. At some I would find members of answer who would be promoting their organization. Since I soon learned that they were the ones putting on all the big protests in New York, Washington DC, San Francisco, and in other places. During the summer of 2003 I decided to become more involved with the Providence chapter of answer. It was cool, going to demonstrations and events that celebrated freedom. One thing I did notice that while some answer points of unity and members clashed those with the differences would put them aside for the greater good. For instance on bringing the troops home and affirmative action some answer members opposed them as the destructive ideas they are, knowing the troops if brought home would come after them and that affirmative action is racism in itself, but would say nothing. I would soon find out that answer was in fact a racist organization that did not care about the people it represented in the worst way.

Beginning in September when I heard about the October 25 Washington DC protest I saw this as an opportunity to advance the Iranian movement and to hit Reza Pahlavi, who lives nearby and who I have been exposing in the media as a betrayer of the Iranian people. I made inquiries about speaking at the Oct. 25 rally for the Iranian movement with answer but received no reply. When I showed up at the September 28 Boston protest against American occupation and aggression I brought the Lion and Sun Iranian flag with me to give my people a voice. Only one other person who was ethnic Iranian was there and two provocateurs were there calling me a colonialist and spreading rumors about me to one of the answer organizers, who I had a confrontation with when he said I was flying the flag of an oppressive regime to which I called him a liar and when he persisted I maintained in calling him a liar, for that is what he was. The other demonstrators that day knew I was right and I was not prevented from marching with them in solidarity.

On October 17 I received a piece of startling news from the head of Providence answer as we were preparing for the dc protest that the Boston answer chapter told me not to bring the Lion and Sun Iranian flag, calling it an oppressive symbol. I argued with the head of Providence answer but he did not seem receptive. He would not even look at a print up history of the Iranian flag I had with me which showed that the Lion and Sun has been used by Iranians for centuries to this day in defiance of the American backed Islamic regime. His message had caught me off guard since I was preparing some information about Iranian history to be delivered to answer so I had to reorganize my time to do so. Since Boston answer would not listen to reason, especially the fact that Iranians around the world on September 28, 2003 were flying the Lion and Sun Iranian flag at other demonstrations. The next day I told all my Iranian contacts to boycott the Washington DC protest on Oct. 25 and contacted Amer Jubran, founder of the New England Committee to Defend Palestine who I had marched alongside on Sept. 28 with, and mentioned to him what had happened. He responded that Boston answer had no right to tell me not to bring my people's flag and showed solidarity by joining the San Francisco protest instead of the Washington DC one on Oct. 25. The boycott I announced did have an effect since the number of demonstrators in dc that day was less than 100,000 people in attendance. Needless to say answer was not pleased and at the October 31 meeting of the Providence answer chapter I was told that I was no longer a member of answer because of my boycott, which they refused to negotiate about, and on my using slurs when I get mad, which they never complained about until that moment.

That action of theirs would have repercussions that would be destructive to answer as well as to the people they claimed to represent. On November 6, 2003 I was unable to attend the trial of Amer Jubran in Boston that day. In the days leading up to that trial Amer and I had received numerous threats and I was informed by friends of mine that something big was going to happen that day, that I was a target. That day answer did their usual protest work but I found out that without my presence to keep things going as I did at Amer's July 24, 2003 trial that things would turn out badly. I found out on November 7 that at his trial Amer's lawyer had made a secret deal with the judge. When Amer protested the judge would not recognize Amer's protest and as a result Amer agreed to voluntarily leave america for Jordan. When I heard that news I studied up on federal immigration law and found out that Amer's trial was illegal under federal law. I mentioned this to answer members who had helped Amer in his trial they were unconcerned and backed Amer's decision to leave America. I paid Amer a home visit to tell him the news that he should appeal his case but he was resigned to leaving America.

The folks at answer would show their destructive influence again on November 27, 2003. A Native American friend of mine, James Powell, and myself had been planning on going to the Day of Mourning protest in Plymouth on Nov. 27. On September 3, 2003 Mr. Powell was arrested at Brown University's Rockefeller library by the Brown police on phony trespass charge and was subject to numerous violations of his rights and put in fear for his life by the Brown and providence police departments. When I saw him nine days after his arrest I offered to go to Brown to help him with his situation. He agreed to accept my assistance. On September 13, 2003 I went to the Brown police hq to get complaint forms for Mr. Powell and later that day the Brown police would falsely claim I was trespassing, which I refused to acknowledge to their frustration. When I told my friends at Brown about the incident they got the administration to look at my incident but not Mr. Powell's and the Brown police would claim that my incident had nothing to do with Mr. Powell's. Some days later Brown president Ruth Simmons would show her prejudice against Native Americans by claiming that the raid on the Narragansett Indian Smoke Shop by the RI state police on July 14, 2003 was the Narragansett's own fault. As a result in October 2003 we began the filing process in U.S. District Court for a title 1983 lawsuit against Brown for their actions. The folks at answer were well aware of our situation, but would not give us any support in our cause, let alone help us get to Plymouth for Nov. 27. When I began making inquiries with other groups planning to go to Plymouth all I got were empty words. As a result I could not get to Plymouth on Nov. 27. Powell had the misfortune to be offered a ride there but was dumped in Cambridge, NEVER setting foot in Plymouth that day.

This testimony should give people a good idea of what answer is about. If anyone doubts my words go meet with answer yourself. You will see they call for support for the Afghans, Iraqis, Iranians, Colombians, Venezuelans, Cubans, Liberians, Palestinians, and others that have suffered because of american actions but rarely do you see people of those ethnicities at answer demos or in answer leadership. Their misrepresentation of these people is evident in the way they treated Amer Jubran at his trial, not even helping him fight when he could've won. Also the hypocrisy of the 2003 Day of Mourning which answer helped organize where they claimed to support Native American rights but would not let myself and James Powell, who had been harassed in standing up for Native American rights, attend. I encourage everyone who opposes american oppression NOT to deal with answer, they act as if to monopolize dissent and are little different from the people they protest. Please come forward if you have tales like mine. Peter Khan Zendran 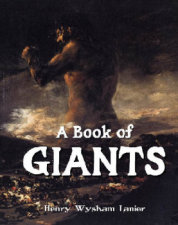