Flip ---- "7 more killed in Iraq" ---- Flip ---- "Cops fatally shoot child with tazer" ---- Flip ---- "Patriot Act 17 passes without discussion" ---- Flip ---- "Crackdown on dissent as people claiming to be ‘individuals’ are rounded up" ---- "13 killer tornados wipe out half of Oklahoma" ---- Flip ---- "Our world leaders, in conjunction with their underground reptilian masters, led by ‘Arnie the chosen one’, have united to create an air tight method of ‘security’ so we’ll never have to worry about the ‘random-factor’ again."

At what point does the situation become urgent? From what I can tell, most won’t even bat an eyeball until there is a knock on their own door. Numbed down by the constant bombardment of horror, and crushed spiritually by the debt-fueled sacrifice of personal dreams, the masses hide in their hobbit holes of confusion, deriving pleasure from the demise of others.

What is more amusing than seeing someone scared, angry, or losing control in a myriad of ways? The crazier the emotional release, the higher the ratings. Well viewer, you are now part of the slide to the lowest common denominator. Sacrificing ‘God’ for ‘Animal Instinct’, the perversions continue to morph into tantalizing forms whose number one purpose is to destroy the youth before they can ever think or make a difference.

When you turn on Sex News, do you hope that there is a cataclysm going on?

Deep inside, beyond the feigned shock and dutifully enacted empathy, is there a little part of you who gets off on the sensationalism? Of course there is! These bastards wouldn’t be dominating our life if we were all busy creating things in line with the truth that we have discovered in ourselves.

We seek salacious entertainment because we are not fulfilling our soul purpose. Any unique individual is forging territory that can’t possibly be validated by the old-minded. There is a new kind of person entering the political arena. No smokescreens are going to distract the focus of one whose sole purpose is to smash lies and prepare the ground for the future generations who will get it right. 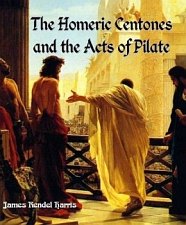