Hats off to you, sir, for a job well done! The Soviets tried for ten years to do what it took you only two months to accomplish in Afghanistan. How did you do that?

It's funny how a couple months ago there were all these Taliban, and now -- there aren't any! You must be some kind of super magician -- almost as good at disappearing acts as ol' Osama (or, as they say on the Fox Nuisance Channel, "Usama" -- I like their spelling better, like "We put the 'USA' in USAma!"). He did exist, didn't he?

I would hate to have gotten myself all worked up over the wrong evildoer! I loved that last tape of his, the home video of his sleepover with that sheik. What a party animal, that guy!

And how 'bout that Northern Alliance! Thanks to them, my weekly supply of heroin will finally be reinstated. Whoo-hoo -- and just in time for New Year's Rockin' Eve! Those Taliban simply did NOT have the best delivery system for the stuff, kinda like why you never see Beaman's gum anymore -- poor distribution and shelf placement.

According to the New York Times, the Northern Alliance has put all the poppy farmers back to work, and they are promising a "bumper crop" by spring. But Mr. Bush, I am most impressed with how you have used those who died on September 11th to justify your lining the pockets of your rich friends and campaign contributors. Your "Economic Stimulus Bill" -- pure genius!

You actually got the House of Representatives to pass a bill eliminating the law that said corporations have to pay at least a token minimum tax every year.

See, most people forget that back in your daddy's day (when he was VP) thousands of companies were able to lawyer their way out of paying any taxes at all!

Then a law was passed to stop that. Now you got the House to agree to give all these corporations back ALL the minimum taxes they have paid since 1986!! That's $140 billion of givebacks ($1.4 billion to IBM, a billion to Ford, $800 million to GM, etc.).

And you got this passed, all under the guise of "September 11th!" How do you get away with this without the American public whoopin' your behind? Man, you are THE MAN! Hey, and tell your top sheriff, Big John Ashcroft, that his refusal to let the FBI look at the files of gun background checks that the Justice Department keeps -- to see if any of the terrorists or suspected terrorists have purchased weapons in the past two years -- took some balls!

Even though checking those files might turn up information that could protect us in possible future attacks, Ashcroft was more concerned with not upsetting the NRA than in helping his own FBI catch the bad guys. Now that's what I call getting your priorities straight. Big John may have lost his Senate seat last year to a dead guy, but he sure as heck ain't gonna lose me as a huge admirer!

Well, I better go before someone from the Office of Homeland Security mistakes me for someone who needs to be "interviewed!" Rest assured I'm doing my part for the country by shopping my sorry ass off in this week before Christmas. Buy! Buy! Buy! Tora! Tora! Tora! Bora! Whoo-hoo, Prince O' Peace!! Fight Team Fight! Go get 'em, George, Jr. -- we're counting on you to kill all evildoers!

Yours,
Michael Moore
Third in Line to the King of Afghanistan
www.michaelmoore.com

P.S. You'll beat that Enron rap, just like you beat your other raps! Chin up! Who needs "energy traders" anyway? I never saw that job on the list from my high school counselor! 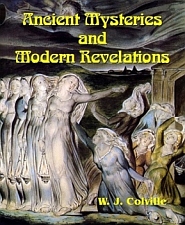