Of Forutne * Of Usury * Of Plantations * Of Riches

It cannot be denied but outward accidents conduce much to fortune; favour, opportunity, death of others, occasion fitting virtue: but chiefly the mould of a man's fortune is in his own hands: Faber quisque fortunae suae, saith the poet; and the most frequent of external causes is that the folly of one man is the fortune of another; for no man prospers so suddenly as by others' errors. Serpens nisi serpentem comederit non fit draco. Overt and apparent virtues bring forth praise; but there be secret and hidden virtues that bring forth fortune; certain deliveries of a man's self which have no name. The Spanish name, disemboltura, partly expresseth them; when there be not stonds nor restiveness in a man's nature, but that the wheels of his mind keep way with the wheels of his fortune; for so Livy (after he had described Cato Major in these words, In illo viro, tantum robur corp oris et animi fuit, ut quocunque loco natus esset fortunam sibi facturus videretur), falleth upon that that he had versatile ingeniurn: therefore, if a man look sharply and attentively, he shall see Fortune; for though she be blind, yet she is not invisible. The way of Fortune is like the milken way in the sky; which is a meeting or knot of a number of small stars, not seen asunder, but giving light together: so are there a number of little and scarce discerned virtues, or rather faculties and customs, that make men fortunate. The Italians note some of them, such as a man would little think. When they speak of one that cannot do amiss, they will throw in into his other conditions, that he hath Poco di matto; and certainly there be not two more fortunate properties than to have a little of the fool, and not too much of the honest; therefore extreme lovers of their country or masters were never fortunate; neither can they be; for when a man placeth his thoughts without himself, he goeth not his own way. An hasty fortune maketh an enterpriser and remover; (the French hath it better, entreprenant or remuant); but the exercised fortune maketh the able man. Fortune is to be honoured and respected and it be but for her daughters, Confidence and Reputation; for those two Felicity breedeth; the first within a man's self, the latter in others towards him. All wise men, to decline the envy of their own virtues , use to ascribe them to and Fortune; for so they may the better assume them: and, besides, it is greatness in a man to be the care of the higher powers. So Caesar said to the pilot in the tempest, Caesarem portas, et fortunam ejus. So Sylla chose the name of Felix and not of Magnus: and it hath been noted, that those who ascribe openly too much to their own wisdom and policy, end infortunate. It is written that Timotheus the Athenian, after he had, in the account he gave to the state of his government, often interlaced this speech, and in this Fortune had no part, never prospered in anything he undertook afterwards. Certainly there be whose fortunes are like Homer's verses, that have a slide h and easiness more than the verses of other poets; as Plutarch saith of Timoleon's fortune in respect of that of Agesilaus or Epaminondas: and that this should be, no doubt it is much in a man's self.

Many have made witty invectives against usury. They say that it is pity the devil should have God's part, which is the tithe, that the usurer is the greatest Sabbath-breaker, because his plough goeth every Sunday; that the usurer is the drone that Virgil speaketh of:  Ignavum fucos pecus a praesepibus arcent;  that the usurer breaketh the first law that was made for mankind after the fall, which was, in sudore vultűs tui comedes panem tuum; not, in sudore vultűs alieni; that usurers should have orange-tawny bonnets, because they do Judaize; that it is against nature for money to beget money, and the like. I say this only, that usury is a concessum propter duritiem cordis: for since there must be borrowing and lending, and men are so hard of heart as they will not lend freely, usury must be permitted. Some others have made suspicious and cunning propositions of banks, discovery of men's estates, and other inventions; but few have spoken of usury usefully. It is good to set before us the incommodities and commodities of usury, that the good may be either weighed out or culled out; and warily to provide that, while we make forth to that which is betterd, we meet not with that which is worse.


The discommodities of usury are, first, that it makes fewer merchants; for were it not for this lazy trade of usury, money would not lie still but would in great part be employed upon merchandising, which is the vena porta of wealth in a state: the second, that it makes poor merchants; for as a farmer cannot husband his ground so well if he sit at a great rent, so the merchant cannot drive his trade so well if he sit at great usury: the third is incident to the other two; and that is, the decay of customs of kings or states, which ebb or flow with merchandising: the fourth, that it bringeth the treasure of a realm or state into a few hands; for the usurer being at certainties, and others at uncertainties, at the end of the game most of the money will be in the box; and ever a state flourisheth when wealth is more equally spread: the fifth, that it beats down the price of land; for the employment of money is chiefly either merchandising or purchasing, and usury waylays both: the sixth, that it doth dull and damp all industries, improvements, and new inventions, wherein money would be stirring if it were not for this slug : the last, that it is the canker and ruin of many men's estates, which in process of time breeds a public poverty.


On the other side, the commodities of usury are, first, that howsoever usury in some respect hindereth merchandising, yet in some other it advanceth it; for it is certain that the greatest part of trade is driven by young merchants upon borrowing at interest; so as if the usurer either call in or keep back his money, there will ensue presently a great stand of trade: the second is, that were it not for this easy borrowing upon interest, men's necessities would draw upon them a most sudden undoing, in that they would be forced to sell their means (be it lands or goods), far under footh; and so, whereas usury doth but gnaw upon them, bad markets would swallow them quite up. As for mortgaging or pawning, it will little mend the matter: for either men will not take pawns without use, or if they do, they will look precisely for the forfeiture. I remember a cruel moneyed man in the country that would say, The devil take this usury, it keeps us from forfeitures of mortgages and bonds. The third and last is, that it is a vanity to conceive that there would be ordinary borrowing without profit; and it is impossible to conceive the number of inconveniences that will ensue, if borrowing be cramped: therefore to speak of the abolishing of usury is idle; all states have ever had it in one kind or rate or other; so as that opinion must be sent to Utopia.

To speak now of the reformation and reglement of usury, how the discommodities of it may be best avoided and the commodities retained. It appears, by the balance of com- modities and discommodities of usury, two things are to be reconciled; the one that the tooth of usury be grinded that it bite not too much; the other that there be left open a means to invite moneyed men to lend to the merchants, for the continuing and quickening of trade. This cannot be done except you introduce two several sorts of usury, a less and a greater; for if you reduce usury to one low rate, it will ease the common borrower, but the merchant will be to seek for money: and it is to be noted that the trade of merchandise being the most lucrative, may bear usury at a good rate: other contracts not so.

To serve both intentions, the way would be briefly thus: that there be two rates of usury; the one free and general for all; the other under licence only to certain persons, and in certain places of merchandising. First therefore, let usury in general be reduced to five in the hundred, and let that rate be proclaimed to be free and current; and let the state shut itself out to takem any penalty for the same; this will preserve borrowing from any general stop or dryness; this will ease infinite borrowers in the country; this will in good part raise the price of land, because land purchased at sixteen years' purchase will yield six in the hundred and somewhat more, whereas this rate of interest yields but five; this by like reason will encourage and edge industrious and profitable improvements, because many will rather venture in that kind than take five in the hundred, especially having been used to greater profit. Secondly, let there be certain persons licensed to lend to known merchants upon usury at a higher rate, and let it be with the cautions following: let the rate be, even with the merchant himself, somewhat more easy than that he used formerly to pay; for by that means all borrowers shall have some ease by this reformation, be he merchant or whosoever; let it be no bank or common stock, but every man be master of his own money; not that I altogether mislike banks, but they will hardly be brooked in regard of certain suspicions. Let the state be answered some small matter for the license, and the rest left to the lender; for if the abatement be but small, it will no whit discourage the lender; for he for example that took before ten or nine in the hundred, will sooner descend to eight in the hundred than give over his trade of usury, and go from certain gains to gains of hazard. Let these licensed lenders be in number indefinite, but restrained to certain principal cities and towns of merchandising; for then they will be hardly able to colour other men's moneys in the country: so as the licence of nine will not suck away the current rate of five; for no man will send his moneys far off, nor put them into unknown hands.

If it be objected that this doth in a sort authorize usury, which before was in some places but permissive; the answer is, that it is better to mitigate usury by declaration than to suffer it to rage by connivance. 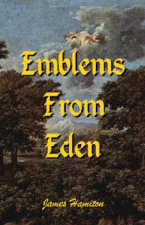