Mysteries of Egyptian Zodiacs
and
Other Riddles of Ancient History

We are all aware that history can not be considered as an area of knowledge where the portrayed facts are scientifically supported. It was always an arena for political or nationalistic manipulations and smaller or larger falsification. Ancient history is not an exception and in fact its problems are more serious than one could suspect.

All the authors of this book are mathematicians and we would like to illustrate how modern applied mathematics can be used to investigate the chronology of ancient events. Our results challenge the correctness of the ancient chronology supported by the overwhelming opinion of reputable experts in history. It is not our intention to create a sensation or to discredit anybody. Our objective is to attract more attention to a serious scientific problem.

We are aware that it was always extremely hard to introduce principally new ideas in any field of knowledge. There are numerous examples in physics, mathematics, biology, medicine and other sciences, when the new theories were only accepted after long years of absolute rejection by almost all experts. Nevertheless, every area of science had its turning points when, with hesitation and lots of pain, old and well established knowledge was rejected to accept new concepts. Such reversals happened before in astronomy, mechanics, chemistry, physics and even in mathematics.

There were also reversals in economics and psychology as well. Surprisingly, the historical chronology throughout the last four centuries remains intact. There was no significant improvement of the chronology in spite of the computer technology and modern methods of data analysis.

Nowadays, more and more mathematics is used in the social sciences. During the last century, economics owes its development to mathematics. There is a growing need for mathematics in psychology, sociology, demography, social epidemiology and criminology. Not surprisingly, mathematics is also trying to make its contribution in areas that seem to be quite distant from it. The historical chronology, when it was created in the XVII century was considered as a part of mathematics (even J. Scaliger, who is know as the creator of the presently accepted version of the chronology, considered himself a mathematician). Later, it was incorporated as a part of history, which is a pure social science not relying on the natural sciences methodology.

Without solid scientific tools, historians are not able to solve principal problems existing in the chronology (clearly, problems exist in any area of knowledge). In our book, we will show that there are serious problems in a very foundation of the conventional chronology.

Read the
'Mysteries of Egyptian Zodiacs' 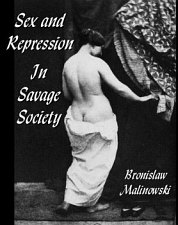