Introductory remarks - Circumstances which directed to the investigation - A real phenomenon observed - Experiments instituted to prove the cause of it - Opinions and conclusions drawn from them - Reasons for separating Hypnotism from Mesmerism- Hypnotism more generally successful than Animal Magnetism - Mr Herbert Mayo's testimony on this point - Proofs of this referred to - Different modes by which it can be induced - Can only be expected to succeed by complying with the whole conditions required.

Mode of Hypnotizing - Circumstances necessary to be complied with - Peculiar phenomena which follow; excitement first, and afterwards depression of function - Importance of attending to this - How these may be made to alternate with each other - Extraordinaiy influence of a current of air during Hypnotism - Reasons for certain modifications of original modes of operating - Hypnotism proceeds from a law of the animal economy - Arises from the physical and psychical condition of the patient, and not from any emanation or principle proceeding from others - Example for proof - Exhibits no appreciable electric or magnetic change. - Two patients may hypnotize each other by contact. - Phenomena arise spontaneously in course of disease. - Mr Wakley's admission on this point. - Mr H. Mayo's testimony as to the effects of Hypnotism. - Effects of different positions of the eyes - Remarks on articles in Medical Gazette. - Consensual adjustment of eyes.- Effects on size of pupil. - Power of habit and imagination. - Docility of patients, and exalted sensibility, and their effects. - Patient hypnotized whilst operating on another. - Mode of resisting influence

Phenomena of natural sleep, dreaming, and somnambulism contrasted - Causes of common sleep - Of dreaming - Effects of variety and monotony compared - Charges alleged to take place in the Structure of the brain by exertion - Cause of Hypnotism, M'Nish's article on ''Reverie" compared with Mr Braid's theory of Hypnotism - Mode of arousing patients from the state of Hypnotism.

Phenomena of common sleep - Of Hypnotism - Power of locomotion and accurate balancing of themselves - Tendency to dance on hearing appropriate music - Grace displayed under its influence - Tendency to become cataleptiformly fixed in any position if left quiet - Probability of Hypnotism having been practised amongst the ancients, and the cause of their superior excellence in sculpture, painting, and dancing - Effects analogous to Nitrous Oxide in some - in what it differs front this and intoxication from wine and spirits- Analogous to conium - Effects of monotonous impressions on any of the senses - Opinions of Cullen, M'Nish, Willich - (Counting and repeating generally known) - A writer in Medical Gazette - Power of habit and expectation - All the phenomena consecutive - Note illustrating this - Power of Hypnotism to cure intractable diseases and disorders - Miss Collins case and Miss E. Atkinson's - Extent to which it may be expected to be useful.

Reasons for delivering Public Lectures on Hypnotism - Mode of procuring refreshing sleep, with low pulse and general flaccidity of muscle - Efficacy of this plan.

Introductory remarks - Relation between mind and matter illustrated to disprove materialism - Armstrong, Colton, Brown, Abercrombie, Stewart, Plato - General conclusion, that mind or life is the cause of organism - Power of conscience - The passions, how excited - Dr Elliotson's opinion as to the efficacy or non-efficacy of volition and sympathy with operator's brain - Modes of dividing the brain - Causes of Phrenology being imperfect - Objections to Phreno-Hypnotism - Mode of connection between the brain and body - First attempts at Phrenologizing during Hypnotism were failures - Succeeded by operating differently - Cases illustrative - A child operates successfully - Details of the case - Other successful cases- Proper time for operating - Case of an officer in 1758 - Inferences as to its curative powers - Opinions of La Roy Sunderland, and Mr Hall - Presumed cause of phenomena called Cross Magnetism - Return stolen property to proper owners and proper place by smell and touch - Power of hearing faint sounds - Additional cases - Opposite faculties can be excited at the same time by acting on the opposite hemispheres - Mode of operating - Concluding remarks on the value of testimony.

General resumé - Many phenomena admit of physical and chemical proof - Difficulties of comprehending many phenomena - Effects of prejudice in preventing the reception of truth - Critique on debate at Medico-Chirurgical Society on Mr Ward's operation - State of the circulation - Conjectures as to the cause of the cataleptiform condition.

Back to FreeBooks Index 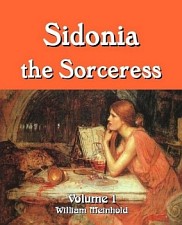