If one did not know that Maimonides was the name of a man, Abraham Joshua Heschel wrote, one would assume it was the name of a university. The writings and achievements of this twelfthşcentury Jewish sage seem to cover an impossibly large number of activities. Maimonides was the first person to write a systematic code of all Jewish law, the Mishneh Torah; he produced one of the great philosophic statements of Judaism, The Guide to the Perplexed; published a commentary on the entire Mishna; served as physician to the sultan of Egypt; wrote numerous books on medicine; and, in his "spare time," served as leader of Cairo's Jewish community.

Maimonides's full name was Moses ben Maimon; in Hebrew he is known by the acronym of Rabbi Moses ben Maimon, Rambam. He was born in Spain shortly before the fanatical Muslim Almohades came to power there. To avoid persecution by the Muslim sect Ś which was wont to offer Jews and Christians the choice of conversion to Islam or death Ś Maimonides fled with his family, first to Morocco, later to Israel, and finally to Egypt. He apparently hoped to continue his studies for several years more, but when his brother David, a jewelry merchant, perished in the Indian Ocean with much of the family's fortune, he had to begin earning money. He probably started practicing medicine at this time.

Maimonides's major contribution to Jewish life remains the Mishneh Torah, his code of Jewish law. His intention was to compose a book that would guide Jews on how to behave in all situations just by reading the Torah and his code, without having to expend large amounts of time searching through the Talmud. Needless to say, this provocative rationale did not endear Maimonides to many traditional Jews, who feared that people would rely on his code and no longer study the Talmud. Despite sometimes intense opposition, the Mishneh Torah became a standard guide to Jewish practice: It later served as the model for the Shulkhan Arukh, the sixteenthşcentury code of Jewish law that is still regarded as authoritative by Orthodox Jews.

Philosophically, Maimonides was a religious rationalist. His damning attacks on people who held ideas he regarded as primitive Ś those, for example, who understood literally such biblical expressions as ôthe finger of Godö so infuriated his opponents that they proscribed parts of his code and all of The Guide to the Perplexed. Other, more liberal, spirits forbade study of the Guide to anyone not of mature years. An old joke has it that these rabbis feared that a Jew would start reading a section in the Guide in which Maimonides summarizes a rationalist attack on religion, and fall asleep before reading Maimonides's counterattack-thereby spending the night as a heretic.

How Maimonides's opponents reacted to his works was no joke, however. Three leading rabbis in France denounced his books to the Dominicans, who headed the French Inquisition. The Inquisitors were only too happy to intervene and burn the books. Eight years later, when the Dominicans started burning the Talmud, one of the rabbis involved, Jonah Gerondi, concluded that God was punishing him and French Jewry for their unjust condemnation of Maimonides. He resolved to travel to Maimonides's grave in Tiberias, in Israel, to request forgiveness.

Throughout most of the Jewish world, Maimonides remained a hero, of course. When he died, Egyptian Jews observed three full days of mourning, and applied to his death the biblical verse "The ark of the Lord has been taken" (I Samuel 4:11).

To this day, Maimonides and the FrenchşJewish sage Rashi are the most widely studied Jewish scholars. Contemporary yeshiva students generally focus on the Mishneh Torah, and his Book of Commandments (Sefer haşMitzvot) a compilation of the Torah's 613 commandments. Maimonides also formulated a credo of Judaism expressed in thirteen articles of faith, a popular reworking of which (the Yigdal prayer) appears in most Jewish prayerbooks. Among other things, this credo affirms belief in the oneness of God, the divine origins of the Torah, and the afterlife. Its twelfth statement of faith Ś ôI believe with a full heart in the coming of the Messiah, and even though he may tarry I will still wait for himö Ś was often among the last words said by Jews being marched into Nazi gas chambers.

Maimonides was one of the few Jewish thinkers whose teachings also influenced the nonşJewish world; much of his philosophical writings in the Guide were about God and other theological issues of general, not exclusively Jewish, interest. Thomas Aquinas refers in his writings to ôRabbi Moses,ö and shows considerable familiarity with the Guide. In 1985, on the 850th anniversary of Maimonides's birth, Pakistan and Cuba Ś which do not recognize Israel Ś were among the coşsponsors of a UNESCO conference in Paris on Maimonides. Vitali Naumkin, a Soviet scholar, observed on this occasion: ô;Maimonides is perhaps the only philosopher in the Middle Ages, perhaps even now, who symbolizes a confluence of four cultures: GrecoşRoman, Arab, Jewish, and Western.ö More remarkably, Abderrahmane Badawi, a Muslim professor from Kuwait University, declared: ôI regard him first and foremost as an Arab thinker.ö This sentiment was echoed by Saudi Arabian professor Huseyin Atay, who claimed that ôif you didn't know he was Jewish, you might easily make the mistake of saying that a Muslim was writing.ö That is, if you didn't read any of his Jewish writings. Maimonides scholar Shlomo Pines delivered perhaps the most accurate assessment at the conference: ôMaimonides is the most influential Jewish thinker of the Middle Ages, and quite possibly of all timeö (Time magazine, December 23, 1985). As a popular Jewish expression of the Middle Ages declares: ôFrom Moses [of the Torah] to Moses [Maimonides] there was none like Moses.ö

On To 'GUIDE FOR THE PERPLEXED' 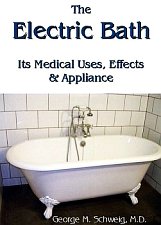