And thereupon followeth the mixture, observe!
And so it cometh to a wondrous strength,
The finished figures with the unfinished.
And if the fire be likewise rightly controlled,
It will be entirely perfect
In much less time than a year.
Now thou hast the entire way in its length
On which are not more than two paths.
From these one soon wandereth and goeth astray,
Else it all standeth clear and plain.
The one is the water of the Wise Men,
Which is the Mercurius alone.
The other is called a vinegar,
And it is known only to a very few.
And this vinegar doth circle
Away from the philosophical iron.
It is Lord Aes whom it makcth glad.
Therefore they have combined so closely
Many hundred forms and names are given
After each hath chosen it.
One way springeth from the true source,
A few have worked on it for a whole year.
But many through their art and craft
Have shortened so long a space of time.
And quickly is the preparation set free
As Alchemy doth point out.
The preparation alone
Maketh this stone great and glorious.
Although there is but one matter
It lacketh nothing else.
But when it is clarified
Its name hath misled many.
However, I have revealed enough to thee
In many ways, forms, and fashions.
There are many names; I say
Let not thyself be misled from the true way.
In their scriptures the Elders write
That it is a draught, a great poison.
Others call it a snake, a monster,
Which is not costly anywhere.
It is common to all men.
Throughout the world, to rich and also to poor.
It is the property of the metals
Through which they conquer victoriously.
The same is a perfection
And setteth a golden crown upon it.
Now the practice is completed
For him who understandeth it and knoweth the matter.
Only two things more are to be chosen
Which thou wilt find by now
If thou dost follow the right way
And attend carefully to thy work.
The composition is the one
Which the Wise Men kept secret.
The nature of the fire also hath hidden craft;
Therefore its order is another.
With that, one should, not deal too much
Or else all execution is lost.
One cannot be too subtle with it.
As the hen hatcheth out the chick
So also shall it be in the beginning,
And time itself will prove it.
For just as the fire is regulated
Will this treasure itself be produced.
Be industrious, constant, peaceful, and pious,
And also ask God for His help:
If thou dost obtain that, then always remember
The poor and their needs. 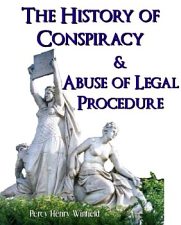