The Virga Aurea
Seventy-two magical and
other related alphabets.


By Adam McLean. First published in the Hermetic Journal 1980.

In 1978 while researching for my book on the Magical Calendar, I came across another large engraving which bore a certain superficial resemblance to the de Bry plate, (indeed the Frenchman F. De Mely who edited an edition of this work in 1922 seems to have thought them both part of the same book.) This was the Virga Aurea of James Bonaventure Hepburn published at Rome in 1616. The Virga Aurea, or to give the full title, "The Heavenly Golden Rod of the Blessed Virgin Mary in Seventy-two Praises" consists of a list of seventy two alphabets (actually seventy, plus Latin and Hebrew which are the two languages of the text of the plate). Some of these alphabets are those of known ancient languages, for example, Greek, Hibernian, Germanic, Phoenician, etc., while others are magical alphabets, Angelic, Coelestial, Seraphic, Solomonic, etc., and the whole plate is thus an encyclopaedia of alphabetic symbolism.

James Bonaventure Hepburn (1573 - 1620) was a Scot born in East Lothian near Edinburgh. He became an able and respected scholar, and being Catholic and a member of the austere order of St. Francis de Paul, he rose to the high position of Keeper of the Oriental Books and Manuscripts at the Vatican. He had a great knowledge of Eastern languages and, in particular, Hebrew. In 1591 he published his Arabic Grammar, and he was later to translate a Kabbalistic book from Hebrew into Latin, the 'Kettar Maleuth' of Rabbi Solomon, however I have not been able to locate a copy of this work.

The Virga Aurea was published as a large engraving (approx 20" by 32") at Rome in 1616, though it seems from internal evidence that Hepburn originally produced an illuminated manuscript bearing the essentials of the work done in various colours and possibly using gold. The engraving consists of a listing in four columns of the seventy alphabets, each letter of which is shown transliterated into Latin script, together with a small emblem and short text from the Bible. These lists are headed by a picture centred upon the figure of the Virgin Mary, standing below the Trinity of Father, on the right side, the Son, on the left, and the Holy Spirit completing the triangle, and shown as a dove descending. The Virgin stands on the crescent Moon within a brilliant egg of light centred on the Sun. Within the space of the egg are the other five planets, and the Virgin bears a halo of the twelve stars. On her left side a winged female Venus figure in flowing robes, stands upon a dragon, her right hand pointing heavenwards, her left holding a lily. On the Virgin's right side, a winged Mars figure, attired with a helmet sword, and tunic, holds in his right hand a long spear and in his left a set of scales, and he stands upon an eagle. Flanking this scene are a number of Saints, including St. Peter, St. Bonaventure, and possibly St. Andrew.

The work is dedicated to Pope Paul V (Pope from 1605-21), who was particularly interested in books, greatly extending the Vatican Library during his Pontificate, and beginning a collection of Antiquities. He would, of course, be entirely sympathetic to, and probably encouraged, the scholarly pursuits of Hepburn. His more open approach to scholarship, allowed Hepburn the freedom even to consider publishing his translation of the Kabbalistic piece, even although a decade or so before, Giordano Bruno was burned at the stake in Rome as a heretic for pursuing similar interests.

This document is an invaluable collection of alphabets providing a wide survey of many different alphabet symbols both of contrived magical alphabets and those of extant languages. A complex pun is enshrined in the word 'Virga' of the title in Latin - Virga, 'a rod' being in one sense used for the alphabetic symbols, which are sometimes described as the 'rods' of a language, the other sense of the word 'rod' is mentioned in the text as the Rod of Moses and the Papal Rod or Staff of power; and finally 'Virga', the Virgin.

In order to bring all this mass of material together, Hepburn must have had a wide range of source material to study, and it seems most likely that this material was available in the Vatican Library itself. As to what Hepburn's motives were for publishing such a collection of alphabets, we can only speculate. He certainly produced these in a form which gave it scholarly respectability and also by heading it with the figure of the Virgin Mary, using the pun 'Virga' Rod-Virgin, gave it credibility in terms of the Church. The timing of the publication, 1616, right at the centre of the Rosicrucian/hermetic publishing period, suggests that Hepburn in his own way may have been responding to that impulse. Under the guise of the Virgin Mary heading the plate, Hepburn was able to publicly reveal the symbolism of many alphabets, and in particular, magical alphabets. If we further take into account Hepburn's interest in the Kabbalah, and his translation and publication of a Solomonic occult text, I think we are justified in assuming that Hepburn may have, in some small way, contributed to the public revelation at that time of the esoteric wisdom of the past. At the very least one can suggest that he was inspired by this movement into producing the Virga Aurea. As librarian at the Vatican, he certainly would have received early copies of the Rosicrucian publications. The Virga Aurea, although a single large engraving contains such a mass of detail that an exhaustive analysis will be left till later.

[Section below the figure of the Virgin translated by Patricia Tahil]

To Our Most Blessed Father And Lord, Pope Paul The Fifth, In Eternal Happiness Led astray by the deceits and deceptions of the Evil Spirit, antiquity held its peace from assisting seekers of the Laurel Bough; the darkness of error having been dispelled from the Gentiles by the rising of the Sun of Justice, may it now be allowed to seekers to prefer salvation, safety, and the Rod of Jesse, our golden branch, namely the Virgin Mary. So, 0 Most Blessed of Princes, sketched by my pencil from the sacred page, in colours that were to hand, arranged in a garland of seventy-two praises, surrounded by flowers and various pleasant numerical symbols, or adorned with ribbons, I most humbly place and fasten this votive picture at the feet of the Most Blessed Virgin. After much midnight striving, may I make pledge of my soul, yearning and striving long years after the Blessed Virgin, to the success of the Rule in which we are blessed, and to its long and eternal fruitfulness, so that it may please Omnipotent God to be kind to His Church, which you most deservedly lead, and most wisely rule. And whom may I not compel, armed with the Blessed Rod? That which God made as the Staff of Moses, famous and venerable in power, Moses was by this the greater and more heavenly, since he was ruler of a part, the severed bough, and may, by the Good Rod, be ruler of the whole world. With the aid of the Blessed Rod, but also by bloody sacrifice, the one (i.e. Moses) was Head of the Synagogue, the other (i.e. the Pope), by the blessing of the bloodless Rod is Great Pontiff of the Catholic Church. The one knew the appearance of truth, by the blessing of the Rod, and was the predecessor of Christ; the other, by the blessing of the Rod, is his successor, endowed with the twin, or extensive, royal and priestly Rod. For Moses subdued serpents with his Rod, parted the Sea, and drew water from the rock. By his blessed staff, the Pope makes the Rock (or Body of Christ) from bread, and His Precious Blood from Wine, crosses Hell, and bars or opens Heaven; he kills the old serpent, and recent heretical serpents.

One type of the Blessed Rod is that of Moses, famous for signs and true miracles, the other, more expressive of the Most Blessed Maiden, is of the character of Jesse's Rod.

Deign therefore, 0 Most Blessed of Princes, to accept this tiny little gift of devotion to the Most Blessed Virgin, and to look kindly on my theory of the Holy Rod, and to embrace and cherish me in kindness, as you are accustomed to do with all the smallest sons of the Church.

The 72 Alphabets, or "the seventy-two praises", connect with the 72 lettered Name of Cod in the Hebrew tradition, the Shemhamphorash. This was contained in the three verses of Exodus XIV : 19, 20, and 21, each containing 72 letters in Hebrew, which when written down using the Kabbalistic system of boustrophedon, gives 72 Names of God. Interestingly enough the text of Exodus XIV, 21 describes Moses stretching out his hand over the Red Sea and parting the waters, which is referred to in the text of the Virga Aurea.

A generation later, the Jesuit Athanasius Kircher (1602 - 1680), another scholar working within the Catholic Church, was much concerned with languages. Kircher published his version of the Shemhamphorash, the 72 Names of God in the different languages, in the form of an engraved plate in his book Oedipus Aegypticus (Rome 1652-4), which is shown opposite, and he probably had knowledge of Hepburn's work when compiling this plate. 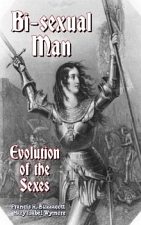