THE SONS OF MAAT
by Ellis C. Taylor ©
www.ellisctaylor.com

Freemasons derived from the mediaeval stonemasons who unlike most people were free to travel wherever they wished to ply their trade. Hence Free - Mason, right?

Another position has been that the word 'free' actually derives from the French 'Frere' - brother. Suggesting that Freemasons means a fraternity of stonemasons.

I am going to propose another entirely different origin for the name.

I do not have a problem with either of the explanations regarding the prefix, Free.

But the word Mason. I know that much of the symbolism surrounding the Craft is intimately linked to stonemasons' tools; but I have always had a nagging doubt as to why the gentry would want to associate with common tradesmen. It never has been something that by and large the two groups have ever desired.

Whilst reading Secret Chamber by Robert Bauval another more plausible (for me at any rate) possibility for the origin occurred to me.

Writing about the Udjet, the Egyptian eye-symbol Bauval cites Rundle Clark (Myth and Symbol in Ancient Egypt). The reconstruction of the eye symbolised the return of the full moon and ultimately the cosmic order, known as Ma'at:

"I am seeking the Eye of Horus, that I might bring it back and count it.I am Thoth who brings back Maat.I am he who returns the Udjet Eye, I am he who abolishes its dimness, when its brightness was damaged.in the House of the Moon."[1]

Here we have unquestionable Masonic principles the eye, the moon, the dimness and the quest for light and the cosmic order.

"The principal tenets of the ancient temple cult and the Pharaonic state that administered it were that during this golden age of the gods a system of 'cosmic law' called Maat had been established by Osiris, and that it was the duty and function of his son Horus and all successive Horus-kings to ensure that Maat was upheld and kept unchanged through the ages. As the ancient texts proclaim: [2]

"Great is Maat, enduring is its effectiveness, for it has not been changed since the time of Osiris (i.e. the First time)."[3]

With the ceremonies and ritual of Freemasonry are we seeing a more modern assumption of this Osirian command. Do Freemasons see themselves as the sons of Maat? Ma'at's sons.

Could this be the reason for the fervid adoration of all things Egyptian and especially the concentration upon Osiris and Horus?

Wallis Budge author of The Gods of the Egyptians says that Maat is:

I am tempted to say I rest my case.

Unfortunately for the adherents of Maat keeping to these principles though essential is not enough.

Masonic initiates are expected to go through a series of terrifying ordeals on their way to higher degrees and this is mirrored in the soul's journey through the Duat in ancient Egyptian philosophy.[4]

On achieving a degree in Freemasonry fresh secrets are revealed which equates with Heka (hence hex), the magic of Thoth that assists the Egyptian initiate through the Duat.

To achieve immortality then it is essential to be equipped both with the Maat and Heka, exactly the same constituents of Masonic doctrine.

The goddess, Maat is acknowledged to be the consort of Thoth who we are told was a magician, a geometrician and a surveyor. He was also the god of wisdom, writing, music, medicine, art and astronomy. Not much room for any other gods here. What you might call a universal know all. In fact his priests claimed that he was the architect who created everything in the universe from sound.

The goddess Maat was seen as a winged goddess whose head was adorned with a feather. She was as well symbolised by a set of scales referring to her responsibility in the Hall of Judgement where her feather was weighed against a hopeful's heart.

The Masonic historian Manley P Hall claims the concept of Maat was represented by two pillars that were called Annu (in Heliopolis, Lower Egypt) and Iwnu Shema (in Thebes, Upper Egypt).

Of course if my theory is correct and Freemasons are indeed Free or Frere Maat's sons and the sons of Maat they must also be the sons of Thoth. Without Thoth, according to the legends there would be no Osiris, no Horus and no Isis. He was the God associated with the construction and architecture of the pyramids and according to Laurence Gardner (Genesis of the Grail kings) the Great Pyramid is also known as The Sanctuary of Thoth.

Thoth (Tehuti in Egyptian) was known by other names including Hermes Trismegistus, Thoth the Great, Thoth the Thrice Great, Great Great, Very Great and just 'the Great'. We can assume that he was pretty good anyway.

Take a close look at this picture of Hermes Trismegistus/Thoth handing the tablets of the Law to the Egyptians.

The shape of Hermes looks suspiciously like the compass shape- and notice how the chord falls around his thighs in a setsquare pattern. 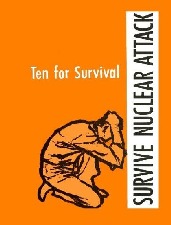