Is it a Plane?
by Dr. Maged El-Baily

The mysteries of the ancient Egyptians are countless. The pyramids and how they were built prove that the ancient Egyptians were geniuses in architecture, engineering and art. The mystery of mummification proves that they were the first anatomists and that they had great knowledge about the human body for their time. Another mystery is the model sailplane or model bird in Egyptian museum.

The story began when the model was discovered in 1898 in a tomb near Sakkara. The model was then categorized as that of a bird and placed in the Egyptian museum in its designated section, with all the other bird models. In 1969 Dr. Khalil Messiha noticed the difference between this model and the rest of the birds. The typical models of the ancient Egyptian birds have legs but this one did not. Other bird models had painted feathers but not this one. The model has a 7-inch wingspan and a vertical tail, not a horizontal one like typical ancient Egyptian bird models. Messiha's brother, a flight engineer, reproduced it in balsa wood and launched it and it flew. Dr. Messiha was then sure it was a model of an airplane not a bird. The model was from the 3rd century BC, from an age of invention that followed the death of Alexander the Great. That so-called Hellenistic period gave us gears, screws, plumbing, control valves, Euclidean geometry, Archimedes, and Ptolemy's astronomy. The hieroglyphs on the model airplane say "the Gift of Amon". Amon in ancient Egypt was known to be the god of wind and air and this was another proof that the model was more then a model bird. In addition to the phrase on the assumed model, the phrase "I want to fly" was found in three papyrus scripts.

There is no solid proof that the Egyptians were first to fly. However, many questions arise from this functioning model. Where the Egyptians the first pilots and did they build the first sailplane? If they did where is it?

1800 years later Leonardo da Vinci was still trying to invent flapping-wing airplanes and corkscrew-driven helicopters. But here, an Egyptian had produced something with all the features of a modern sailplane. If, in the future near or far, more artifacts are to be found proving that the Ancient Egyptians did build a plane and did fly, history will be corrected and the Wright Brothers would be the second to fly. So hold on to your seats Wright Brothers you might have a rough backspin! 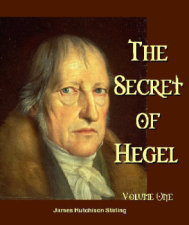