I have noticed during my study and research that the word Tartarus, and its concepts show up all over the world in several religions and ancient myths or histories. The nature and purpose of a Tartarus seems prevalent in every culture on earth in some form or another.

Tartarus is a place underground. It's a subterranean world. It is the place where Satanaku was banished and the Titans. It is the hell of hells. The abyss. The prison for gods and demons.

Scientist's debunk the idea of a subterranean world and the hollow earth theory, while at the same time they uncover miles of underground passages, entire subterranean cities, and massive underground facilities for graves.

Scientists and educators cannot prove that the center of the earth is a molten mass of lava or a solid core of iron. It is pure speculation and the majority of these scientists debunk the other side through character assassination (pseudo-science) rather than with proof, facts, or any scholarly debate.

I've collected a few articles on Tartarus and Satanaku from the Internet and other research of my own. Excerpts from some of these are printed below.

From the Cherokee Indian:

Satanaku according to some myths was performing strange experiments on humans and animals, in similar vein to the movie, Dr. Moreau. He created tortured, helpless monsters and beings. He had to be an master geneticist and surgeon to have done such things. He was banished to the underground by the 'other' gods for his experiments. The idea at first seem absurd that any being would be capable of creating such monsters.

Is it also possible that Tartarus, the Underworld of ancient myth and religions, was literally 'under the world'?

Was this territory before banishment also called Tartarus? Then, later, moved to the underground location upon the banishment. The literal meaning shown above would indicate such.

From the Far East, the same Tartarus appears in the lore and festival of the Bengalis.

Tartarus appears in the original Greek manuscripts which comprise the modern bible. However, the translation of the word Tartarus in scripture, did not signify the correct place. Rather, the incorrect interpretative-translation gave it the position of hell, when the Greeks knew through their lore and myths that Tartarus was 'geographically' lower or deeper than the mythical hell.

Again the creative construction of interpretative translation used by the Christian translators is incorrect regarding the word Gehenna. From Jewish sources.. Gehenna was a place outside or near the walls of ancient Jerusalem. It was a valley-- NOT HELL. Sometimes this valley was used as the city dump -- where they burned trash and/or burned off the methane that is produced from a typical dump. Since the New Testament manuscripts are in Greek, there would not have been any confusion, since the Greek word for hell would be Hades, and the deeper 'hell' would be Tartarus. To see the word Gehenna in Greek would attest to the Greek translator's knowledge, preserving the original name as a proper noun, since it is a geographical location.

I bring up this confusion of translation here, only to clarify the concept of the levels of the underground hells. The Jewish myths also had their form of hell and tartarus, but gehenna was not one of them, per my rabbinical source.

From Greek/Roman mythology comes Tartarus, not only a prison/hell for demons-- but also a being that created monsters. You can also see in the myth below, the 'bottomless pit' - the abyss of the biblical mythology. These underground rivers and other underground anomolies are explored in the book "Etidorhpa or the End of the Earth"-- in a personal exploration, against his will, by ?? (some say the ex-Freemason Captain Morgan). It is quite a tale of how the inner earth possibly affects us, our weather and more on the upper earth. He presents a 'hell' inside too.

Were the biblical Isles of Tarsish (Tharsis) the equivalent to the Island of Dr. Moreau? Home of the monsters, and their creator. (The British Isles were, in very ancient times, known as Tarsish) There would be a possible connection to the race and culture of the Tartars. Pass the tartar sauce, Dagon.

The excerpt below also begins the Mars connection to Tartarus

"conceived from the blood of Uranus" -- genetically or biotechnologically speaking?

Tartarus shows up in Masonic lore and legends.

Below you can see the biblical fall of angels, in the Greek myths...which myths came first?

Interestingly enough, NASA has named one of their databases TARTARUS -- the abyss?

The following is in Spanish with a rough machine translation following. It appears to be based on Alestair Crowley's works. You should be aware that in Olde English, the 'worm' or 'wyrm' was indeed a reptile. (reptilian, dragon) Is it the serpent in the garden, that was condemned to crawl on his belly 'IN' the earth? Dagon was a fish-headed god (or one of the created monsters?).

While all this may not be earth shattering, I think it too far beyond coincidence that the word Tartarus, and the concepts it represents, shows up all around the globe in a majority of the cultures.

The concept that some being or beings were on this earth hybridizing/genetically altering/ and/or surgically changing, man and beast shows up in nearly all cultures globally. Were these new animal creations what Adam was naming in the garden of Eden?

To get an idea of what man has retained in his subconscious regarding such monster creations, take a look at the artwork of GEORGE YUSSEF

More Yussef Pictures on this link

In his book The Eyes of the Sphinx Erich von Daniken, presents a logical case that these god-beings were creating monsters, and that some remains have been located in the miles of underground tunnels in Egypt. Such as -- the remains of a two headed dog. He suggests that the many different sphinxes found in Egypt may very well have been live and sentient beings, created and controlled by the gods.

The ancient lore about the Apis bull, that von Daniken expounds on, has a certain square emblem on the forehead. Could this have been an electronic or biotechnological implant to control these beasts? If this is possible in the realm of imagination, then the possibility that this expertise was utilized is even more probable. It was imagination, only a hundred years ago, that man would fly or send machinery to the moon-- then later that imagination became a reality. Something puportedly supernatural would seem to have had to occur for masses of people to start revering the bull.

Michael Mott, in Caverns, Cauldrons, and Concealed Creatures, presents hundreds of instances of lore and myth that these underground cultures did exist at one time, assuming they don't still exist. If there is a reptilian race, possibly created by the gods, living in the earth, would they be technologically superior? Did they inherit the gods expertise and knowledge?

Could they be the source of this crazy matrix that we experience? If these underground cultures do exist, and we have been denied the knowledge of their exisitence, would that not be the ultimate deception and matrix? 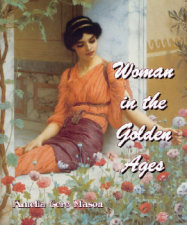 is the first book of its kind in terms of truly going in-depth to examine the striking similarities between folklore, religious, mythic, "new age," fictional, and first-hand witness or historical accounts cryptid and reptilian figures. with forewords by Jan Lamprecht, author of Hollow Planets and David Icke, author of Children of the Matrix.

Etidorhpa or the End of the Earth

The Strange History of a Mysterious Being and the Account of the Initiate's Remarkable Journey. This edition contains the expanded and enlarged version. This is the most fascinating, fictional, alchemical work, of Freemasonry. Join this student and his Adept Guide on an alchemical journey to the 'End of the Earth.'