Part 1 - THE KALACHAKRA - Wheel of Time

I have been a UFO investigator for ten years, working for APRO, MUFON and CUFOS. I have had a lifelong interest in Tibetan Buddhism and last summer (1988) I made a commitment to become a student. This July (1989) I will be receiving ten days of instruction followed for three days by the Kalachakra Initiation given by His Holiness the Dalai Lama.

In preparation for receiving the initiation I have been listening to many tapes and reading books selected by the lamas. I have been fascinated by the teachings concerning Shambhala.

I should say here that I have not yet received any secret teachings. I would not reveal those teachings. What I am about to share is part of the preparation and is given to anyone.

The following is a compilation of material from three sources: a tape of a lecture given in English by Dr. Alex Berzin at Thubten Dhargye Ling, a Tibetan Buddhist Center in Los Angeles on May 3, 1988; tapes of a series of lectures given in Tibetan with English translation at the same center by the Venerable Geshe Gyeltsen, beginning March 2, 1989; and a book I received from the center when I registered. Words in quotation marks are the exact words of Dr. Berzin or the Ven. Geshe Gyeltsen:

Shambhala is the name of both an actual ancient kingdom of Tibet and a metaphorical kingdom. The King of Shambhala traveled to India to meet the Bhudda and receive the Kalachakra teachings. He then took the teachings back to Shambhala where they were preserved for centuries.

Part of the Kalachakra teachings concern a predicted invasion in our times, "the psychology of invasions", "advice on how to deal with and cope with invasions" and "invasion mentalities." Based on very sophisticated astrological/astronomical calculations it says that we are now entering a dark age when the powers of negativity will consist of men allied with demons. It will become nearly impossible for a person to maintain his or her Buddhist spiritual practice.

Detailed instructions are given in the Kalachakra for "building various machines" to ward off the invaders.

The Kalachakra predicts that one of our worst problems will be that the powers of negativity will be "tampering with the tables." They are refering to astrological tables and Dr. Brezin specifically says on the tape that in our times that would mean messing with the programming of our computers! (see Clear Intent p. 27-28.) He says it's very hard to defend yourself if the enemy has tampered with your astrological charts or your computers.

This dark age will last until the year 2424 A.D. when a "great war" will begin in India. The human race will be rescued from total destruction by the armies of Shambhala riding "flying horses" and "boats that fly in the air." A Golden Age will begin in A.D. 2424.


That is what I know so far. I may be misunderstanding the teachings or perhaps I am like a person who reads part of the Bible for the first time and, being impressed by the story of Noah, tells her friends it's about boatbuilding. I do not wish to misinform and so I remind the reader that I am a novice. ...

Above I have summarized some of the Kalachakra teachings as they relate to the current state of affairs in UFO research. I would like to share a brief but tantalizing conversation I had with someone in July of 1988.

I am not an authority on Tibet or Buddhism. As I stated, I am just beginning my formal study but my interest in Tibetan Buddhism and Tibet in general began thirty-one years ago when I was thirteen.

Last July while vacationing with my family in Colorado I made a decision to become a Buddhist.

I flew to Denver and drove a rented car to Boulder, the location of the Karma Dzong Center (I had called ahead). I was assigned to a meditation instructor I will call Paul. I was fortunate to be assigned to Paul on a number of counts. He was knowledgeable about the Buddhism of many Asian countries and on that count was the one who could answer the kinds of questions I wanted to ask.

I spent two days at the center meditating with others and receiving some introductory orientation. Incidently, there were no Tibetans around. Then, on Sunday, I went to breakfast with Paul. It was the first time we had met face to face.

The restaurant was very busy and we had to wait outside about 45 minutes. Paul was young looking but I guessed him to be in his thirties. He owns a computer consulting business. He is from Australia and has a pleasant accent. Back in the Seventies he had left Australia with a girl, to backpack around Nepal and India. It was there, in northern India, where he encountered the clusters of Tibetans displaced from their own country by the Chinese. He was so impressed by the Tibetan lamas he met there that he said good-bye to the girlfriend and stayed with the lamas.

Later he and some other young Australians built a center in Australia and relocated some of the lamas there. He began studying the Tibetan language. For many years he has worked on the Translation Committee which is translating precious ancient Tibetan writings into English.

All of which is the setting for the following conversation which we had while waiting to be called for breakfast:

Sally: So you left Australia and came here to Boulder to work with the Tibetans. Are you planning to stay here indefinitely?

Paul: No. My wife and I are planning to move to Nova Scotia next year. *

Sally: Why? Is it because of the center up there?

Paul: No. It has to do with the things that are coming out of our translations of the old Tibetan books.

Sally (wearily): I know. I know. There's going to be global upheaval and there are only a few safe places and that's one of them. Right?

I knew from his manner that he had said all he was going to on that subject. I don't know what this means but in the Kalachakra teachings it says that there are five sacred places on Earth. I wonder if one of them is Nova Scotia.

*Note: I had noted during my two days at the center that many of the staff either had moved to Nova Scotia already or were planning to do so. 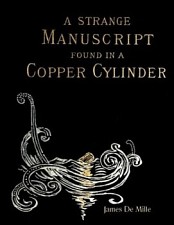