There is a parlor game physics students play: Who was the greater genius? Galileo or Kepler? (Galileo) Maxwell or Bohr? (Maxwell, but it's closer than you might think). Hawking or Heisenberg? (A no-brainer, whatever the best-seller lists might say. It's Heisenberg). But there are two figures who are simply off the charts. Isaac Newton is one. The other is Albert Einstein. If pressed, physicists give Newton pride of place, but it is a photo finish -- and no one else is in the race.

Newton's claim is obvious. He created modern physics. His system described the behavior of the entire cosmos -- and while others before him had invented grand schemes, Newton's was different. His theories were mathematical, making specific predictions to be confirmed by experiments in the real world. Little wonder that those after Newton called him lucky -- "for there is only one universe to discover, and he discovered it. "

But what of Einstein? Well, Einstein felt compelled to apologize to Newton. "Newton, forgive me;" Einstein wrote in his Autobiographical Notes. "You found the only way which, in your age, was just about possible for a man of highest thought and creative power." Forgive him? For what? For replacing Newton's system with his own -- and, like Newton, for putting his mark on virtually every branch of physics.

That's the difference. Young physicists who play the "who's smarter" game are really asking, "how will I measure up?" Is there a shot to match -- if not Maxwell, then perhaps Lorentz? But Einstein? Don't go there. Match this:

* In 1905, Einstein is 26, a patent examiner, working on physics on his own. After hours, he creates the Special Theory of Relativity, in which he demonstrates that measurements of time and distance vary systematically as anything moves relative to anything else. Which means that Newton was wrong. Space and time are not absolute -- and the relativistic universe we inhabit is not the one Newton "discovered."

That's pretty good -- but one idea, however spectacular, does not make a demi-god. But now add the rest of what Einstein did in 1905:

* In March, Einstein creates the quantum theory of light, the idea that light exists as tiny packets, or particles, that we now call photons. Alongside Max Planck's work on quanta of heat, and Niels Bohr's later work on quanta of matter, Einstein's work anchors the most shocking idea in twentieth century physics: we live in a quantum universe, one built out of tiny, discrete chunks of energy and matter.

* Next, in April and May, Einstein publishes two papers. In one he invents a new method of counting and determining the size of the atoms or molecules in a given space and in the other he explains the phenomenon of Brownian motion. The net result is a proof that atoms actually exist -- still an issue at that time -- and the end to a millennia-old debate on the fundamental nature of the chemical elements.

* And then, in June, Einstein completes special relativity -- which adds a twist to the story: Einstein's March paper treated light as particles, but special relativity sees light as a continuous field of waves. Alice's Red Queen can accept many impossible things before breakfast, but it takes a supremely confident mind to do so. Einstein, age 26, sees light as wave and particle, picking the attribute he needs to confront each problem in turn. Now that's tough.

* And of course, Einstein isn't finished. Later in 1905 comes an extension of special relativity in which Einstein proves that energy and matter are linked in the most famous relationship in physics: E=mc2. (The energy content of a body is equal to the mass of the body times the speed of light squared). At first, even Einstein does not grasp the full implications of his formula, but even then he suggests that the heat produced by radium could mark the conversion of tiny amounts of the mass of the radium salts into energy.

In sum -- an amazing outburst: Einstein's 1905 still evokes awe. Historians call it the annus mirabilis, the miracle year. Einstein ranges from the smallest scale to the largest (for special relativity is embodied in all motion throughout the universe), through fundamental problems about the nature of energy, matter, motion, time and space--all the while putting in forty hours a week at the patent office.

And that alone would have been enough to secure Einstein's reputation. But it is what comes next that is almost more remarkable. After 1905, Einstein achieves what no one since has equaled: a twenty year run at the cutting edge of physics. For all the miracles of his miracle year, his best work is still to come:

* In 1907, he confronts the problem of gravitation -- the same problem that Newton confronted, and solved -- almost. Einstein begins his work with one crucial insight: gravity and acceleration are equivalent, two facets of the same phenomenon. Where this "principle of equivalence" will lead remains obscure, but to Einstein, it offers the first hint of a theory that could supplant Newton's.

* Before anyone else, Einstein recognizes the essential dualism in nature, the co-existence of particles and waves at the level of quanta. In 1911 he declares resolving the quantum issue to be the central problem of physics.

* Even the minor works resonate. For example, in 1910, Einstein answers a basic question: "Why is the sky blue?" His paper on the phenomenon called critical opalescence solves the problem by examining the cumulative effect of the scattering of light by individual molecules in the atmosphere.

* Then in 1915, Einstein completes the General Theory of Relativity--the product of eight years of work on the problem of gravity. In general relativity Einstein shows that matter and energy--all the "stuff" in the universe--actually mold the shape of space and the flow of time. What we feel as the "force" of gravity is simply the sensation of following the shortest path we can through curved, four-dimensional space-time. It is a radical vision: space is no longer the box the universe comes in; instead, space and time, matter and energy are, as Einstein proves, locked together in the most intimate embrace.

* In 1917, Einstein publishes a paper which uses general relativity to model the behavior of an entire universe. General relativity has spawned some of the weirdest, and most important results in modern astronomy (see Alan Lightman's article on this website), but Einstein's paper is the starting point, the first in the modern field of cosmology--the study of the behavior of the universe as a whole. (It is also the paper in which Einstein makes what he would call his worst blunder--inventing a "cosmological constant" to keep his universe static. When Einstein learned of Edwin Hubble's observations that the universe is expanding, he promptly jettisoned the constant.)

* Returning to the quantum, by 1919, six years before the invention of quantum mechanics and the uncertainty principle Einstein recognizes that there might be a problem with the classical notion of cause and effect. Given the peculiar, dual nature of quanta as both waves and particles, it might be impossible, he warns, to definitively tie effects to their causes.

* Yet as late as 1924 and 1925, Einstein still makes significant contributions to the development of quantum theory. His last work on the theory builds on ideas developed by Satyendra Nath Bose, and predicts a new state of matter (to add to the list of solid, liquid, and gas) called a Bose-Einstein condensate. The condensate was finally created at exceptionally low temperatures only last year.

In sum: Einstein is famous for his distaste for modern quantum theory --largely because its probabilistic nature forbids a complete description of cause and effect. But still, he recognizes many of the fundamental implications of the idea of the quantum long before the rest of the physics community does.

After the quantum mechanical revolution of 1925 through 1927, Einstein spends the bulk of his remaining scientific career searching for a deeper theory to subsume quantum mechanics and eliminate its probabilities and uncertainties. It is the end, as far as his contemporaries believe, of Einstein's active participation in science. He generates pages of equations, geometrical descriptions of fields extending through many dimensions that could unify all the known forces of nature. None of the theories work out. It is a waste of time...and yet

Contemporary theoretical physics is dominated by what are known as "String theories." They are multi-dimensional. (Some versions include as many as 26 dimensions, with fifteen or sixteen curled up in a tiny ball.) They are geometrical -- the interactions of one multi-dimensional shape with another produces the effects we call forces, just as the "force" of gravity in general relativity is what we feel as we move through the curves of four-dimensional space-time. And they unify, no doubt about it: in the math, at least, all of nature from quantum mechanics to gravity emerges from the equations of string theory.

As it stands, string theories are unproved, and perhaps unprovable, as they involve interactions at energy levels far beyond any we can handle. But they are beautiful, to those versed enough in the language of mathematics to follow them. And in their beauty (and perhaps in their impenetrability) they are the heirs to Einstein's primitive, first attempts to produce a unified field theory.

Between 1905 to 1925, Einstein transformed humankind's understanding of nature on every scale, from the smallest to that of the cosmos as a whole. Now, nearly a century after he began to make his mark, we are still exploring Einstein's universe. The problems he could not solve remain the ones that define the cutting edge, the most tantalizing and compelling.

You can't touch that. Who's smarter? No one since Newton comes close.

Thomas Levenson is a Boston-based independent film maker and author. He is a producer of NOVA's Einstein Revealed, and author of several books. The latest is Measure for Measure: A Musical History of Science, with Einstein in Berlin to follow, scheduled for publication in 1998.

back to referring article 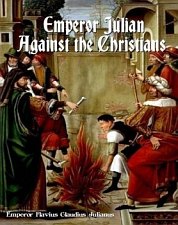