This is something I wrote in response to a message board post on Children of the Matrix, which is included for context. It was off the top of my head, but I thought you might enjoy it.

From David Icke's new book, Children of the Matrix

"We are led to believe this is a male-dominated world, but that is only on the surface. Behind the scenes it is really controlled by the negative expression of FEMALE energy. The extreme male energy is "out there" in front of our eyes in the three-dimensional world. It is macho men with guns and uniforms, the leaders of the major banks, corporations, media empires and the military. But they are put into power, the wars created and the agenda advanced by the extreme negative aspects of the FEMALE energy - covert, behind-the-scenes manipulation. If anything, the Illuminati, at the real seat of power, are dominated by the FEMALE. The negative extremes of the female energy covertly manipulate events and the negative extremes of the male energy play them out before our eyes. This is why we think it is a male-dominated world. It LOOKS that way, but that is NOT the whole story."

David has this right. This female cap on the pyramid of control is the Orion reptilians, no matter which faction. That events are altering so that females take overt control is part of the return of the Empire and full public control by the reptilians. Western females, in the vast majority, are marching to the tune their alien mistress plays. It's all in the DNA programs now active.

My impression of the two archetypal polarities' part in the current control paradigm is sort of like the old "carrot or the stick" analogy. The male part of the dominant systems keeps people "in line" largely through fear of externals--force, punishment, withholding of outward securities. The female part of the equation gets at deeper genetic coding which involves a need for inclusion--to be a part of something, to be wanted, to be affirmed as something that is "same." Like so much of the programming out there, this latter strategy touches upon higher-self impulses, but just enough to titillate people's spiritual yearning so that they don't switch over to alternative paradigms that are too far "outside the box."

The higher self impels us to communicate as a vehicle for spiritual growth. There is a deep-rooted knowledge that we can see aspects of our potential reflected in others which we overlook in ourselves because they are not as manifest in our habitual self-reference. There is also a drive to learn about the psyche's integral patterns of balance and wholeness by manifesting those patterns outside, through cooperation with those who are superficially "other." Many Programmers know how to maintain extremely limited pathways to the higher self, allowing their programs to stimulate a sense of inspiration in people--a feeling that "I'm on the right track in my personal development, because this feels REAL."

However, there is a far larger amount of programming attached to the "real" impulses which engages regressive DNA programs. Among other things, this ensures that the controllers' program encompasses a person's pathways to higher-self insight, insulating against the possibility that people will form compartmentalized identity fragments with a more pure knowledge base.

Bringing this back to the example of inclusion, the higher-self impulse toward "exchange" is twisted so that it becomes one of "belonging--" of being owned, body and soul, by a group entity. Through this inclusion, one loses the bothersome sense of personal accountability, as well as any personal doubt, as Structure now assumes full responsibility for forming the most important conclusions in life. Instead of finding identity in diversity, the overriding message is to lose it in a single, homogeneous mold: the designated level in the hierarchy where a given person is instructed to "belong."

Inclusiveness, receptivity, and attunement to natural rhythms and movements are archetypally "female" elements in the spiritual process, which we can ultimately balance with the "male" elements of separation, discernment, and command. When in harmony, these elements form a unified center of consciousness which transcends either gender polarity. The dominant control paradigms actually utilize both polarities to their own ends, but in vaunted forms that emphasize the perpetuation of conflict in every possible way. The female force has been twisted to foster stagnation and polarization through the idea that people should desire an end to their spiritual growth, and that the only way to do this is to be absorbed into a static, hive-like entity. 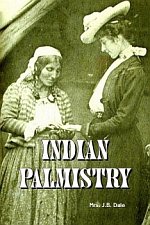