"My plant read my mind!" On February 2nd, 1966 this realization forever changed the life of the FBI and CIA's then foremost polygraph researcher, and reintroduced modern science to the sentient nature of our universe. On that date the brilliant and disciplined mind of Cleve Backster conceived an irrefutable paradigm-busting scientific protocol. With straightforward electronics that a student or garage-level scientist can replicate, he proved to humans that their thoughts and emotions affect the behavior of their own and other living cells.

For millennia traditional peoples have known that all life forms-plants, animals and even single cells-are not only sentient and intelligent, but that they communicate with one another. This fact got lost a few centuries ago between the mechanistic focus of industrial science and the modern human view of reality that ascribed consciousness only to the human brain. A few 20th century scientific pioneers, like Chandra Bose in India and the Kirlians in the former Soviet Union, had earlier developed technology to demonstrate energy fields and basic emotional responses in plants and animals. Backster's experimental work took the next step and documented a heretofore unrecognized cellular level of interspecies biocommunication.

Many have described specific aspects of Backster's research over the years. Most readers will remember the still-popular, best-selling Secret Life of Plants by Chris Bird and Peter Tompkins first published in 1973. It capitalized on his early work. Some will have read Robert Stone's 1989 The Secret Life of Your Cells which focused on his in vitro testing of human cells. Others may recall articles about Backster's work in national magazines and newspapers, television interviews and scientific proceedings during the late 1960's and 1970's.

This new book is the first extensive and progressive account of Backster's work, which is more innovative and potentially useful to humanity than that of most who receive Nobel prizes in life sciences. By Cleve Backster himself, it includes well-designed graphics and historically valuable photographs that portray a life-time of ground breaking research. Backster explains to the reader how plants perceive and react to human thoughts about them. He then illustrates how electroded eggs react to other eggs being dropped into boiling water. And how plants react to the eggs' reaction to the experimenter's intentions. He shows how yogurt cells communicate with one another and other species. Backster then describes the collection of human cells (leukocytes and blood) and the instrumentation that records their reactions to the thoughts and emotions of their donor.

In an easy-to-follow style uncommon in today's scientific literature, Backster takes the reader step-by-step through his thinking about the design of the protocol, the selection of scientific equipment, and the practical execution of the experiment. He then explains the data and its implications. The reader in effect becomes a collaborator in Backster's research.

Nothing is kept in a black box. Backster describes (and includes photographs of) the experimental process. He gives enough detail that the motivated reader can replicate the experiment or create his own variation. He does not expect you to take his answers because he is such an august authority. Cleve Backster wants you develop proof of your own communications with and influence on other life forms. He wants you to feel the excitement for yourself.

Over 35 years of meticulous research, Cleve Backster has progressively undermined the notion of a universe comprised of discrete units. He has done for biology and psychology what quantum and standing wave concepts have done for physics. He has documented the connectedness of all life forms and the interactivity of their consciousness. In the light of his work, no rational scientist can any longer deny that the living foods upon which we depend anticipate our actions by perceiving our spontaneous intentions. No medical researcher, sports trainer, or psychologist can ignore the evidence that our thoughts influence the activity of our cells, and, thus, the performance of our bodies. His research has given credence to many theories of mind body reciprocity, as in "inner tennis", use of psychic energy or prayer in distant healing, telepathy, dowsing and other thought-matter interactions.

Unfortunately, after the above-mentioned, widespread early media attention to Backster's discoveries, he received a cold shoulder from the scientific establishment. To understand why, we must discuss a limitation in conventional science's model of reality. Most scientific disciplines from physics and chemistry to biology start with the assumption that discrete and independently functioning entities from subatomic particles and cells to separate organisms comprise the universe. In this model, these separate units (at whatever level) are believed to operate mechanistically on the basis of visible and physically measurable interactions. This is known as the Newtonian model. When the conventional research protocols are used to test Backster's hypothesis, they preclude any possible role for the intervention of spontaneity and conscious intention. A science not designed to deal with these self-evident aspects of human experience does not have the capability to theorize about and test such fundamental questions.

Backsters' work, therefore, does much more than document various aspects of primary perception (his term for the most basic level of interspecies and intercellular interaction). It demands an expansion of the boundaries of scientific theory. It calls for the creation of research protocols that can model and test the full range of human experience in the universe. His new book is just that fundamental to the future of science, yet, it can be understood by the intellectually curious layman. Primary Perception deserves to be on the reading list of high school science classes as well as the graduate schools of renowned research universities.

COSMOLOGY OF THE SELF-LEARNING UNIVERSE 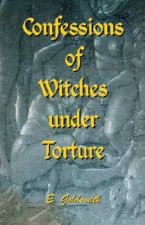