I have learned that when it comes to the pyramids, coincidences usually mean more than just coincidence. What this all deals with is that whoever built the pyramids had knowledge of electricity. In the early 1900's some scientist held a glass bottle wrapped in wet newspaper at the tip of one of the Giza pyramids he observed that sparks flew off the bottle, as you people are more established, you can find out who this guy was I only remember reading it somewhere.

My 2nd observation is what is called the Ark of the Covenant, the Bible speaks of it and basically tells you how to build one, wooden box (an insulator) gilded with gold (a conductor) both outside and inside giving you what scientists would call a capacitor. The pyramid texts refer to a golden box with the power to generate the light of RA. The Ark also allegedly killed people on contact with it. Pyramids that leak natural static electricty and a box that can harness electricity more than just coincidence.

It's just something I thought about do with it what you will. My own theory on this is that the pyramids could power flying devices of some kind (not necessarily UFO's) if this is true it provides a connection to many pyramid like structures situated in various locations on the equator. This could also provide an explanation as to why they have found Nicotine and Cocaine (Tobacco and Cocoa indigenous to South America) in the EGYPTIAN mummies.

Everyone ridicules me when I speak of such things but I think you people might appreciate it, disprove it, or ellaborate on it. I don't think I'm explaining this terribly well but I believe I've given you something to work with. Thank-you for taking the time to read it.

Sources: Most of this entirely my own speculation. I've read many books on the pyramids and watched alot of the Discovery Channel. 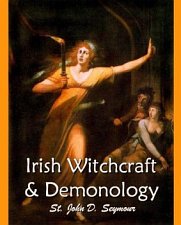