FOR two-and-a-half centuries it has stood in a glade at a stately home in Staffordshire, defying the efforts of code breakers, classical scholars and amateur sleuths to unlock its secrets. Now, at last, the mystery of inscriptions carved on the Shepherds' Monument at Shugborough Hall, ancestral home of the earls of Lichfield, has been solved - well, possibly.

Following a competition launched earlier this summer, some of the most convincing explanations for the inscribed picture in reverse and a seemingly random series of letters will be presented this week by Bletchley Park, the centre that made its name cracking Hitler's Enigma code.

Bletchley itself is cautiously supporting a theory from a professional codebreaker whose job does not permit him to disclose his identity. He argues that the inscription points to the hiding place of a stone tablet handed down from the Old Testament prophet Jacob, which was a talisman for a secret society known as the Priory of Sion.

According to this theory, the 18th-century admiral who built the monument and was reputed to be a member of the priory captured the tablet from a French ship. He then buried it on an island off the coast of what is now Nova Scotia, Canada.

"The person who drew up this solution has considerable professional experience in codebreaking and his logic hangs together well," said Christine Large, director of Bletchley Park. "We think this theory is about the most convincing we have seen so far."

The Nova Scotia theory comes from one of more than 130 respondents to the challenge from countries as far apart as Iceland and Australia. Even GCHQ, the government surveillance and cipher-breaking centre in Cheltenham, Gloucestershire, has contributed.

The mystery centres on a stone monument commissioned in the mid-18th century by George Anson. He was a sailor and an ancestor of Patrick Lichfield, the society photographer and present earl, who has an apartment in the house.

Anson circumnavigated the globe, fought the French off the coast of America and won a famous naval victory off Cape Finisterre, which brought him a reward of Ł300,000 for capturing one of the ships.

He used the money to rebuild Shugborough and a series of monuments in its gardens. The Shepherds' Monument incorporates a carved mirror image of Arcadian Shepherds, a painting by Nicolas Poussin, the 17th-century French artist, which is now in the Louvre.

The monument appears to show two lovers listening to an elderly shepherd who reads them an inscription on a tomb: Et in Arcadia Ego (And I in Arcadia). The message of the picture is often interpreted as being that there is no situation in life that death will not one day snatch from us.

The cryptic inscription below the main panel was a subject for speculation by both Charles Darwin and Charles Dickens, who spent many hours trying to crack its inner meaning.

The official website for Shugborough, which is owned by the National Trust and run by Staffordshire county council, says it "defies interpretation". It consists of the letters DOUOSVAVVM, with the first and last letters set lower than the rest.

According to Bletchley, the 130 solutions in the competition can be divided into three groups. "There are the wacky ideas sent in by people with little or no supporting evidence; those that have tried to find words to fit the inscription; and those that base their often detailed explanations on historical or mathematical research," said Murlyn Hakon, of Bletchley, who oversaw the entries.

Some of the solutions suggest that the monument may provide the "true" location for the Holy Grail, the cup used by Christ at the last supper. Others draw in a swathe of secret societies, new age theories and legends of hidden treasure. Among the favourites are the Knights Templar, a medieval military order, and the Jacobites, supporters of the restoration of a Catholic to Britain's throne.

The explanation supported by Bletchley concentrates on a mixture of mathematical and historical analysis. Anson is thought to have been associated with Freemasonry and to have been a member of the Priory of Sion, as was Poussin. The priory claimed links to the Knights Templar and believed that Jesus was not a divine figure. Priory members were persecuted for this heresy.

By a process of substituting one letter for another, the inscription "translates" as "Jesus H defy". The letter H has a similar sound to the Greek letter chi, the first letter of Christ. The analyst believes this could be an exhortation to the reader to deny Jesus's divine nature.

The Latin part of the inscription, according to this solution, may be masking the message: "In Acadia go". Acadia was the old French name for Nova Scotia and New Brunswick in modern Canada, territories seized by the British and visited by Anson. The code may thus be a veiled instruction to go to Nova Scotia.

In 1795 a "money pit" was uncovered there which was apparently designed to conceal a valuable treasure. Little of any value was found, however, and nobody has managed to decipher a number of inscriptions at the bottom of the 180ft shaft.

The theory, closely argued over 20 pages, is that one of the French ships captured by Anson was carrying a tablet recovered from an earlier hiding place in America. The stone tablet, covered in ancient writing, is referred to in some history books of the period but is now lost.

It was said to have been handed down from the lost tribe of Benjamin in Israel and to have been a treasured item for the Templars and, subsequently, for the Priory of Sion and followers of the Jacobite cause. Anson, runs the theory, put it away to hide it from enemies of his various causes.

A second paper, from Louis Buff Parry, a Canadian writer, uses similar arguments but suggests instead that the inscription indicates a hiding place for the tablet in Hebron, Israel, at the Tomb of the Patriarchs.

Other theories are more personal. In 1987 Margaret, Countess of Lichfield, grandmother of the photographer, said that the inscription consisted of letters from a poem that she had been taught as a child. Hakon suggested that the message could be for a lover of Anson's.

The Bletchley competition is unlikely to throw up a definitive winner or to end the dispute over the inscription's meaning, given the lack of any firm evidence of Anson's intentions. Instead, the theories that seem the most logical and plausible will gain ground.

These are, perhaps, unlikely to include the writer from Iceland who said the inscription could be read as the Hebrew phrase "Dov ov suvam" - meaning "Why feathers come".

"Is there a feather on the carvings?" he asked plaintively.

The countess and the curate: the late Margaret, Countess of Lichfield, believed the code came from a poem about a shepherdess called Alicia. A local curate taught her the ditty as a child. But he could have written the verse himself after having ungodly thoughts about a peasant girl — in which case the countess's idea would not crack the code.

Trendy religious solution: by substituting numbers for letters using the ancient Jewish code of Kabbalah, a hiding place can be found for a relic such as the Holy Grail - possibly in the Temple of Solomon in Jerusalem. This does at least tell us what Madonna and other modern adherents of Kabbalah spend their time discussing.

Buried treasure: the inscription gives directions to a secret location at the Tombs of the Patriarchs in Hebron where a stone tablet, supposedly handed down from Jacob via the Knights Templar, may be buried. A trip to the West Bank to check, anyone?

Canada connection: the letters are code for a site in Nova Scotia where Admiral Anson, the monument's builder, hid the tablet after capturing it from the French.

Trust me, darling: the letters refer to a secret poem, now lost, from Anson to a mistress. He then made up all that hooey about the Knights Templar to put his wife off the scent. 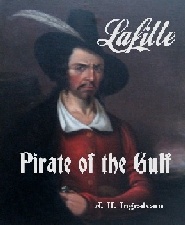